Night at the Museum: Battle of the Smithsonian Movie Information 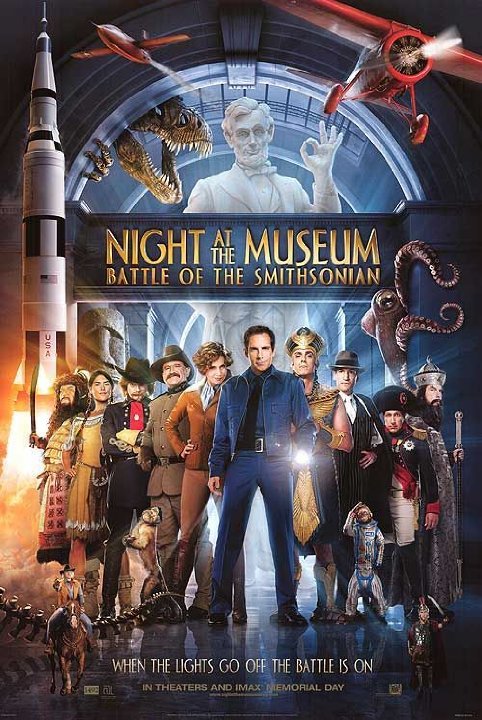 Plot: After the Museum of Natural History is closed for renovation, security guard Larry Daley finds new adventures coming to life at the Smithsonian, where a few of his exhibits have been shipped.

A unfunny comedy that couldn't be as great as the first.

Absolutely nothing original or different from the first film in this sequel, yet, again, the movie somehow exceeds my expectations and is a fun and often funny ride. Lots of improvisational humor and riffing between the actors, almost like a "clean" version of an Apatow film.

When I started to watch this movie I thought it was great. Great idea, good jokes, this movie looks like it could be good. I don't know what happened, but something when Amelia Earhart came in the picture, i just started liking it less and less. I don't think it was Amy Adams, I love Amy Adams, I think it was that things were just starting to get crazy, which is never good in a movie. Overall there were just too many things that seemed too dumb, like the bobble-head Einsteins or the giant Abe Lincoln. Also I kind of find it strange that the only love interest in the film is not real. Overall I have to say I like the first one better.

No posts have been made on this movie yet. Be the first to start talking about Night at the Museum: Battle of the Smithsonian!