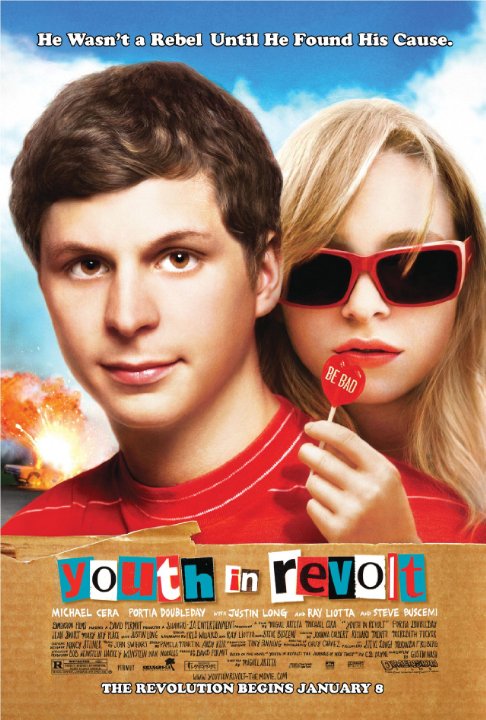 Plot: A teen watching his parents go through a divorce decides to take charge and get Sheeni Saunders, his dream girl, to take away his virginity. -- Chris Kavan

I really like Michael Cera in everything he does, and this is no exception. The movie itself though was shallow and undeveloped. I have read the book which might make me a little biased, but I think stand alone, this is an average movie that Cera fans will get a kick out of. Really disappointed in this movie. The book on the other hand, is actually a pretty fun read.

There's a lot of fun in the weirdness of this film, but the quirky parts never quite form a cohesive whole. The script is more of a collection of indie romantic comedy cliches than it is a character-driven love story. Fun moments, but overall disappointing.

No posts have been made on this movie yet. Be the first to start talking about Youth in Revolt!