The Taking of Pelham One Two Three Movie Information 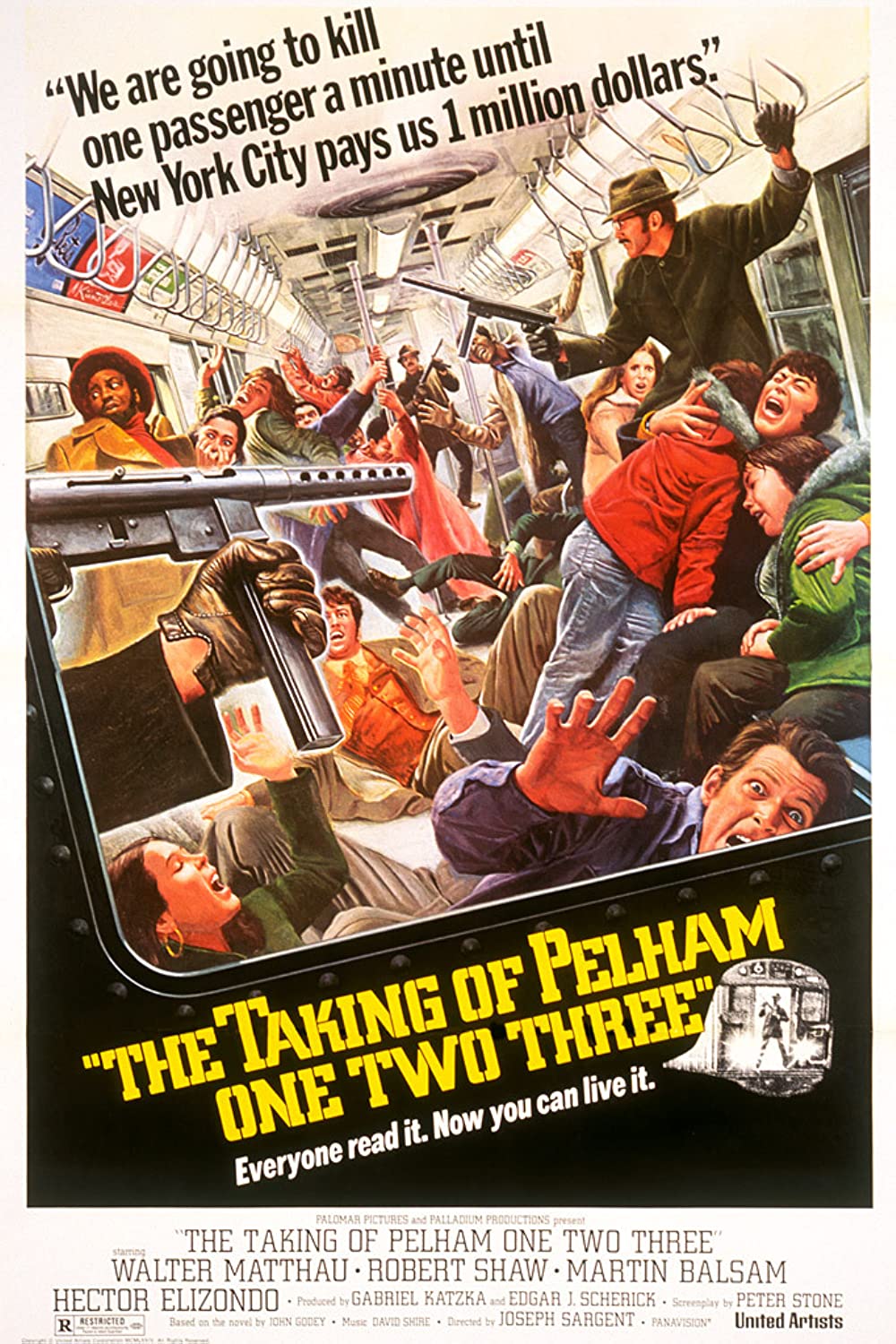 Plot: In New York, armed men hijack a subway car and demand a ransom for the passengers.

Tense action thriller with a gritty yet still sometimes goofy style. Walter Matthau and Robert Shaw are both good as the cop and criminal, respectfully.

The thrilling nature of this film actual stems more from the complete characters than the action scenes. The villains are genuinely ruthless and terrifying and the heros genuinely humble and courageous and it is that struggle that raises the stakes and makes the film's climactic action sequence work so well.

The original & still the best

"The Taking Of Pelham One Two Three" by Yojimbo

A ruthless gang with colour coded pseudonyms (sound familiar?!) and automatic weapons hijack a New York subway train in this hugely entertaining heist movie. Walter Matthau is at his sardonic best as the transport cop in charge of the situation, with Robert Shaw as the coldblooded mercenary heading the hijackers who include Hector Elizondo as the obligatory psychotic loose cannon ("they threw him out of the mafia"!) It concentrates more on the dialogue and characters to build tension than fireworks including some great behind the scenes banter as the mix of trademark New Yorker foul-mouthed ill temper, pragmatism and sarcasm come into effect when dealing with the situation, all set to a cool Schifrin-esque soundtrack. One of the best thrillers of the 1970s.

I've always done my own killing.

Four ruthless terrorists take over a New York City subway train and hold the passengers aboard for ransom. They threaten to shoot one each minute until a one million dollar ransom is fully paid. A Transit Police Lieutenant has to keep the hijackers from carrying out their plan and keep the police force under control, while the money is transported. With all this going one also he tries to figure out how they intend to get away with a million dollars from inside a subway tunnel with police on all sides.

'The Taking of Pelham One Two Three' stars Walter Matthau, Robert Shaw, Jerry Stiller, and Martin Balsam. All of them give flawless preformances. This movie will grab hold of you and will never let go. There enough suspense that will literally keep on the edge of your seat, wondering …

Movies of 1974 by Stoney McStonerson

No posts have been made on this movie yet. Be the first to start talking about The Taking of Pelham One Two Three!