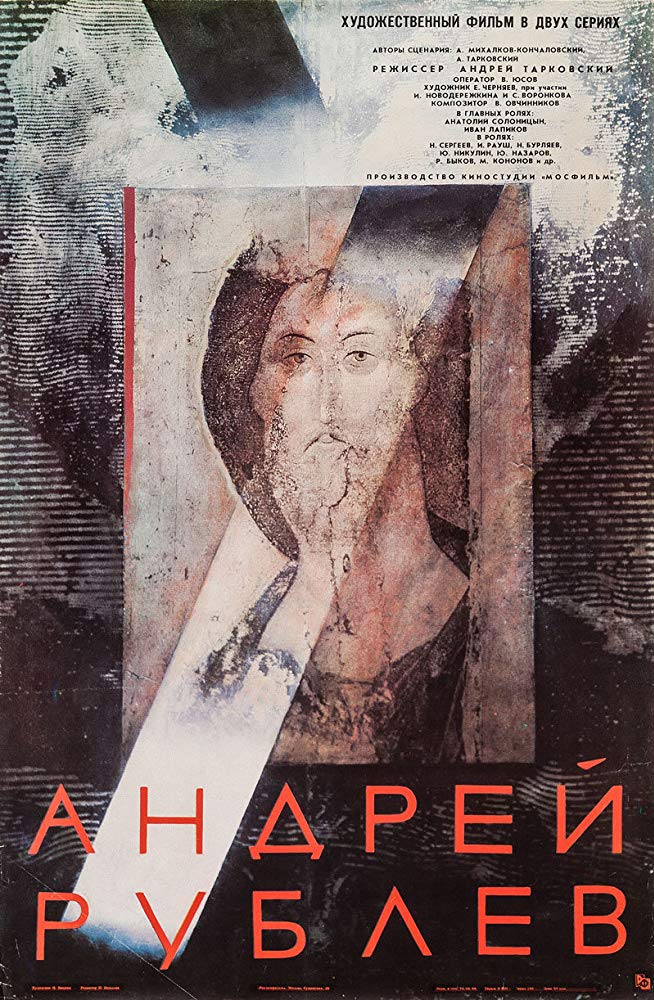 Meditative and deeply spiritually affecting. Tarkovsky's masterpiece mirrors Russian literature in that it contains some discourses of extreme spiritual depth (similar to what you might find in a Dostoevsky or Tolstoy novel). A very demanding and intellectual film, but also very stimulating and satisfying.

I could easily say that this is the best movie ever. I have no trouble being told that, because it's really remarkable. Great piece of art, too great for one viewing, or even two. Must see, always, again and again and again.

Thanks to the power and humanism of a gripping anti-war manifesto called Ivanovo Detstvo (1962) directed by Andrei Tarkovsky, his next epic project Andrey Rublyov had a considerable amount of high expectations from the Russian audience. Naturally, something that continues happening even nowadays, the film surpassed any possible human expectation, being the cinematic result a politically brutal and violent motion picture with a highly sexual tone. The most obvious consequence was the film being prohibited by the Russian government for approximately three years, complicating a wider worldwide distribution while being subject to several edited versions mostly removing every scene involving profanity, its greatly predominant Catholic influence and the noticeably violent torture and battle …

"There is sin and dirt all around." Artistic as Solyaris but not as brilliant and entertaining as Stalker. The film is broken into several parts depending on the situation of the characters (which was bountiful and lacked history to make the viewer involved). Albeit too preachy and the director's cut (3 hours 20 minutes long) may have been a bit too detailed that made it sluggish to watch. Locations and direction were wonderful, of only the pace and method of storytelling coupled with some nice editing could have made this better. Violent, shocking, chaotic, artistic and realistic with its screenplay. Themes of religion, temptations, history, politics and forgiveness. Andrey Rublyov may have been monumental then but for this critic, it has its ups and downs. Not sure how the …

No posts have been made on this movie yet. Be the first to start talking about Andrey Rublyov ( Andrei Rublev )!