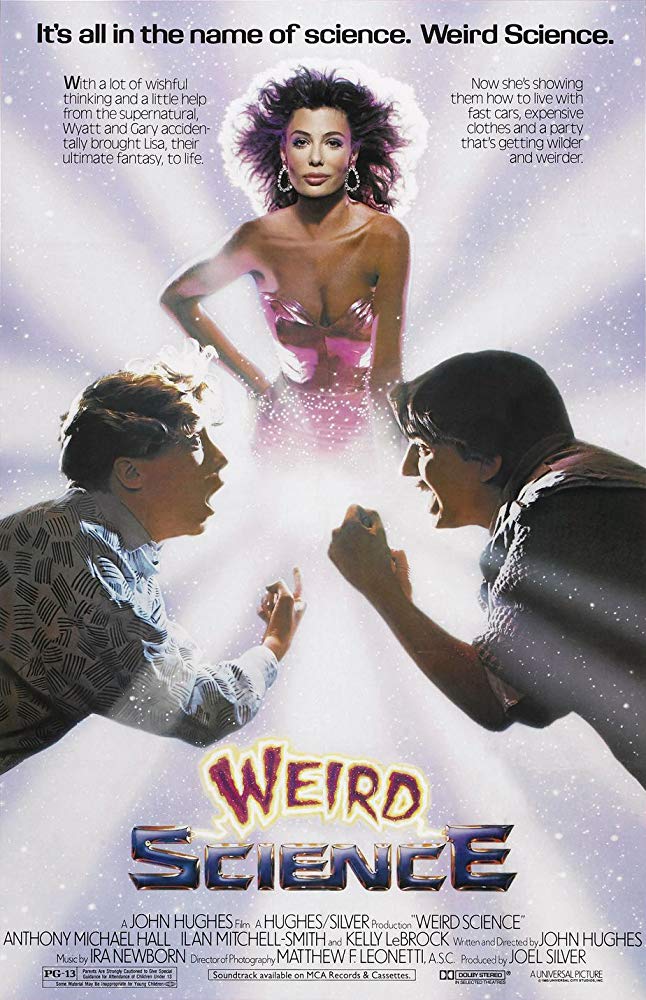 Plot: A couple of high school nerds create the perfect girl by using their computers.

This lame and politically dubious 80s nonsense has a certain kitsch appeal, mainly because of Bill Paxton's hilarious turn as the obnoxiously fascistic big brother.

Out of all the great John Hughes films, this is the one I hear the least talk about. It's just as funny and relatable as his other teen films, even if the plot is sci-fi heavy. I enjoyed it.

It's really not that great of a movie.

Movies about High School by PsychoFaerie

No posts have been made on this movie yet. Be the first to start talking about Weird Science!