We Are Marshall Movie Information 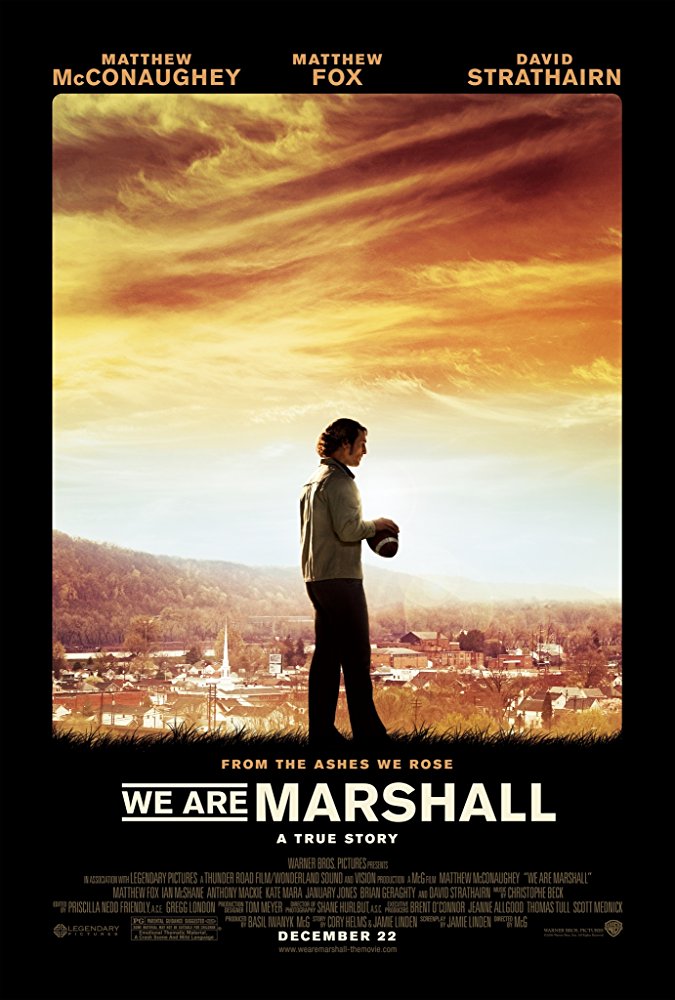 Plot: The story of the 1975 Marshall University football team that lost there lives in a horrible plane crash. A new couch is brought in to coach the new season. -- tim's movie valut

A horrible true story is done pretty well with powerful scenes and characters.

Another feel-good story that never gets too sentimental, but still carries enough emotion to make an impact. It also is helped by a great soundtrack. The acting is only so-so, but the story is the real star here.

This movie was so great even if you don't like sprts movies you'll like this one. The main reason why is that it just doesn't focus on football, it also focuses on what the city, university and the three surviving players coaches and coaching staff that were effected by th tragedy. It also focuses on the rebuilding of the team, and most of all the heart for the game that they lost

We Are Marshall brings emotion and inspiration in a time when most sports movies fail, mostly because it's based on true events. In this clean, crisp, and entertaining film, the University of Marshall goes through a very tough time when almost the entire football team dies in a plane crash. You get the story from several different angles: the assistant coach and players that weren't on the plane, the engaged cheerleader, and a couple town residents.

It shows well how a new coach brought a program back, along with a town by bringing back a football team destined for doom. It really hits home in the credits when you see actual footage from the time. While this film is not on the same plane as Rudy or Hoosiers, it's definitely worth a look.

This is a pretty good, moving historical tribute to the 1970 Marshall football team that perished in a tragic plane crash that killed nearly every player, coach, and booster. The film chronicles how Marshall overcomes the tragedy in the following season. Matthew McConaughey, as the new coach, seems a little over the top at first but eventually his character really grows on you. The movie also tries to show how the community is affected. My only complaint is two of the characters (Ian McShane's booster and some cheerleader that was engaged to one of the players, McShane's son) have a subplot about how the community is affected. To be honest, I don't think either character really adds much to the film as they hardly interact with the team at all, which makes them seem like they are in …

Movies I Have Seen by hillb6

No posts have been made on this movie yet. Be the first to start talking about We Are Marshall!