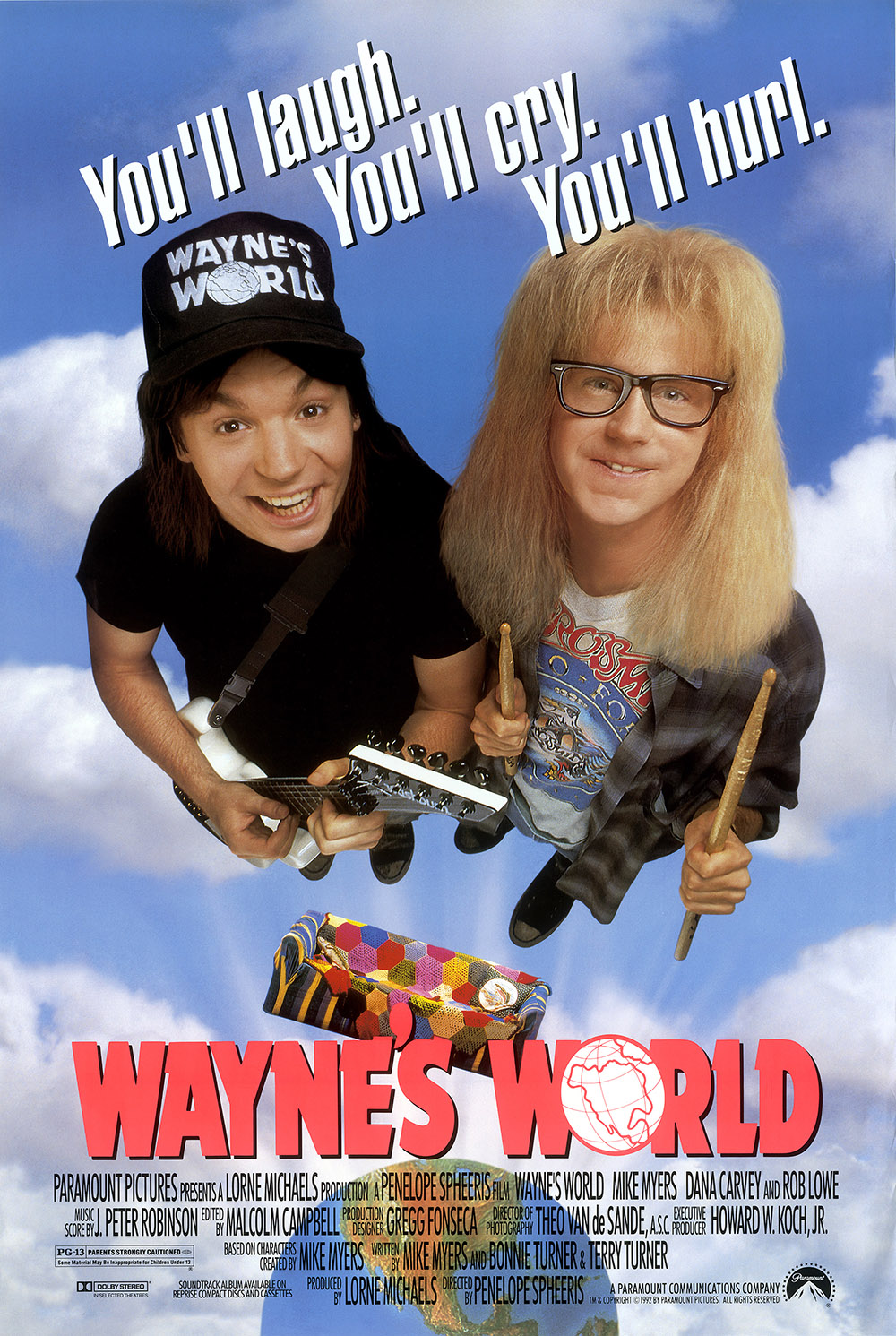 Plot: A guy who lives with his parents promotes his hit basement show to network TV where he tries to get used to "the big bucks" and relationships surrounding it.

It's lovable, lowbrow, endlessly quotable, and just as delightfully fun as the classic sketch. Party on!

A guy who lives with his parents promotes his hit basement show to network TV where he tries to get used to "the big bucks" and relationships surrounding it. This movie could be a Bad and stupid movie but the movie took it self a different road and it came of funny and enjoyable.

Dumb. Parts of this were almost unbearable.

A real life Beavis and Butthead but with a little more common sense. These 2 know how to party and have a good time. The 2 comedic pros in Dana Carvey and Mike Myers portray these then popular characters Wayne and Garth. The movie also has a nice soundtrack and shifty camera movements. So many memorable lines: Wayne - "(ordering Chinese take-out) I'll have the "cream of sum yung gai". Wow, what a totally amazing excellent discoveryâ NOT! Garth Algar - "Stop torturing yourself, man! You'll never afford it! Live in the now!" and one of the best catch phrases ever used on cinema - Schwing! Not! No way, way! Extreme Close-up! Truly memorable, a bit dated but still "It's Wayne's World, Wayne's World, party time, excellent!!!" A mirthful picture that you can learn from and still …

"Wayne Campbell" (Mike Myers) and "Garth Helgar" (Dana Carvey) are two Aurora, Illinois, teens who run their own late-night cable access TV show titled Wayne's World, which have made them a local celebrity to their peers. However, they still both live with their parents, which is totally bogus! Sh-hah!

A smooth-tongued, sleaze ball of a TV producer named "Benjamin Oliver" (Rob Lowe), just happens to catch a Wayne's World with his latest "girlfriend" (NOT!) and has an idea which includes the show and his latest advertising client. He arranges a meeting with the lovable losers and offers them a very bad deal: $5000 each for exclusive rights to their program. In other words, he suckered them (totally). With dollar signs in their eyes, they both sign without reading the small print on …

The cultural references of Wayne's World may date it a bit, but the nature and personality of its humor set it apart. There is a kind of naive benevolence and boundless joy which makes this movie so lovable. Its aimless plot and exaggerated humor are cute, without ever transcending that barrier into maudlin sentiment. This is a difficult mix to achieve, especially when so many comedians go out of their way to achieve "street credibility" through as much forced vulgarity and stereotypical humor as possible. The Bohemian Rhapsody opening is such a classic. Mike Myers is a genius with comedy, in all of his films he is a joker, and makes people laugh, and this one is no exception. Dana Carvey fits in perfectly as his side-kick too, being his geeky friend Garth.
While today's youth might …

No posts have been made on this movie yet. Be the first to start talking about Wayne's World!