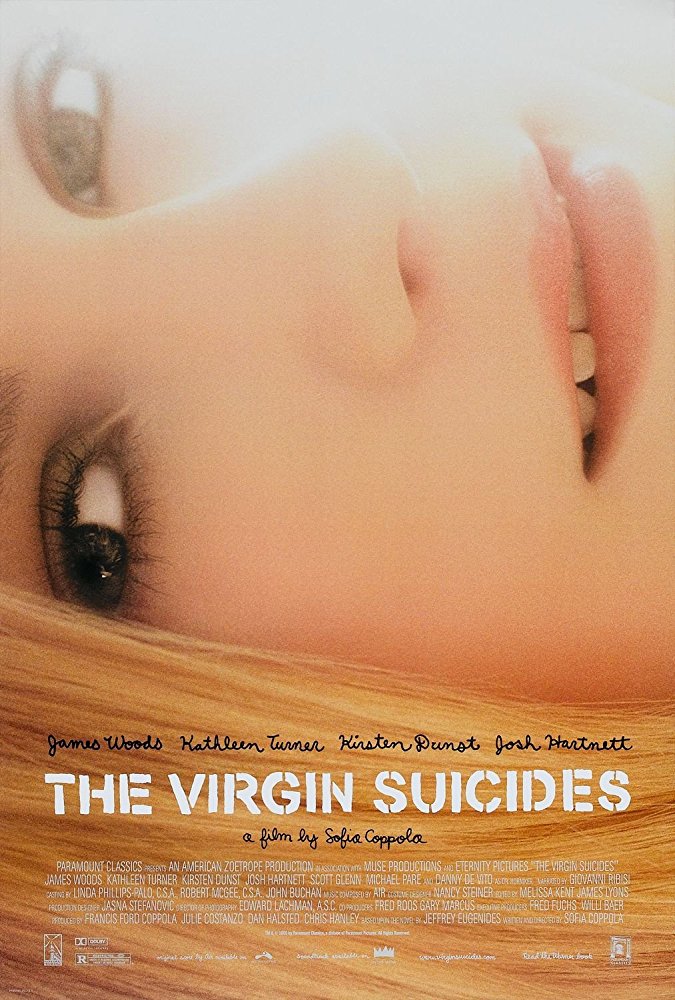 Plot: In a Michigan suburb in the mid-70s, the five Lisbon sisters are kept sheltered from the world by their parents. When one of them commits suicides, a group of obsessed boys try to unfold the mystery of the sisters.

"The Virgin Suicides" is an uncommonly haunting peek behind the impenetrable curtain of provincial suburban life where not every question as to why everything happens has a definitive answer and the mood of the story lingers in the air like a dense fog.

The plot moves around a ridiculous ambient: Parent with closed minds trying to be a perfect family, make hard rules with their five daughters. But the decision of the daughters to died, is a mystery that their first lovers could not forget. A movie that shows us a case when the extremity could resolves in a total chaos.

Sweet and sad, with touches of black humor. The movie comes off as a melancholic induced dream state. Much like the young characters in the film, there is a strong sense of curiosity and longing here that everyone experiences with adolescence.

"The Virgin Suicides" by Yojimbo

Approaching the subject of teen suicide from a completely different direction from Heathers, Sofia Coppolla's film is a far more understated and thoughtful affair. Technically there is little to fault; the young cast are uniformly good, dealing with the awkwardness and pain of interaction with the opposite sex as teenagers (Ha! As if that ever goes away...) It also makes some subtle points about the exploitation of tragedy by the media and the resultant finger pointing and ineffectual "awareness raising" by society that results. My main problem lies in it's lack of examination of the character of the girls, their thoughts and feelings born from these events and their reaction to their over-protective mother's virtual imprisonment of them. This gives the story a very sterile and …

No posts have been made on this movie yet. Be the first to start talking about The Virgin Suicides!