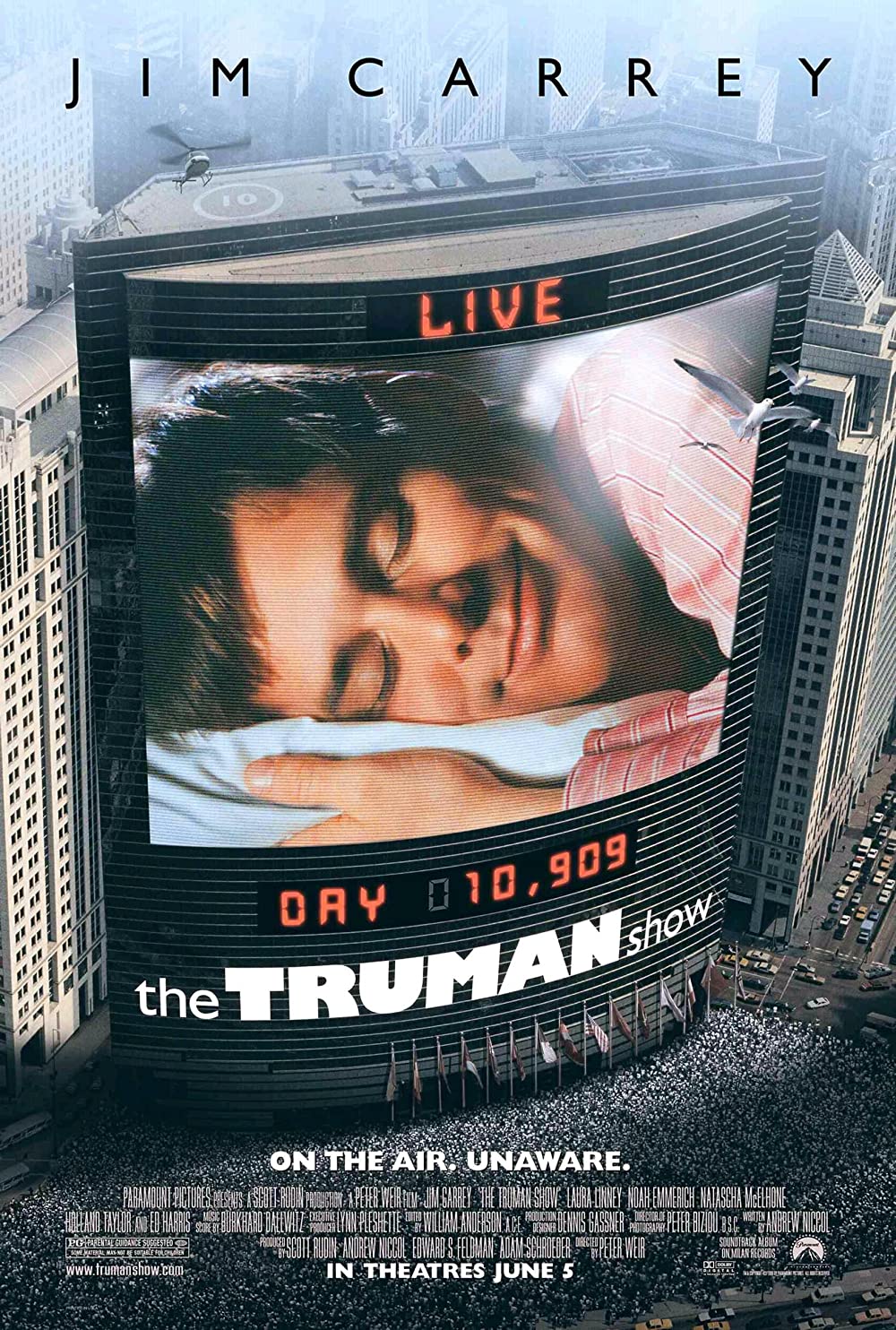 Plot: An insurance salesman discovers that his entire life has been a television show.

Somewhat far fetched but still entertaining, The Truman Show follows the life of a man through adulthood as the star of a complex reality show while keeping the reality of his world secret from him.

A high concept farce that still holds up, "The Truman Show" remains relevant in our screen obsessed 21st century world.

An insurance salesman discovers that his entire life has been a television show. This movie was heartbreaking and sad.

One of the best, if not, the best role Jim Carrey has portrayed on-screen. This film exposes his acting range and without going over the top just like in his earlier work. Laura Linney and Ed Harris were instrumental as well. Wonderful performances from them. The drama and humor were mixed well. The premise was unique and soundtrack was stunning. Its screenplay is amazing. A few lines: Truman Burbank - "Somebody help me, I'm being spontaneous!" "Good morning, and in case I don't see ya: Good afternoon, good evening, and good night!" Christof - "We accept the reality of the world with which we are presented, it's as simple as that." "I've given Truman the chance to lead a normal life. The world, the place you live in is the sick place. Seahaven is the way the world should be." A …

No posts have been made on this movie yet. Be the first to start talking about The Truman Show!