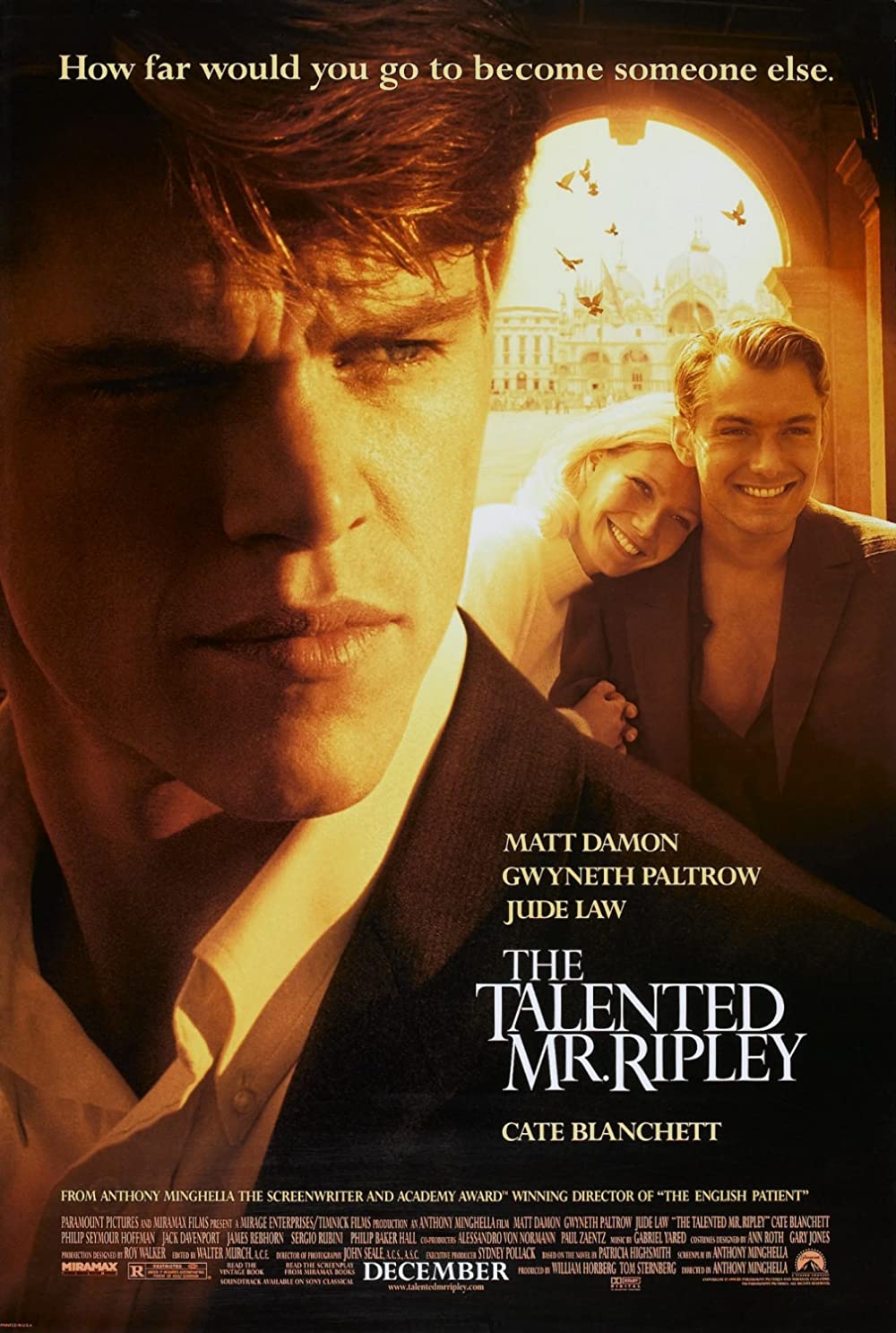 Plot: An adaptation of the novel by Patricia Highsmith. Young Tom Ripley discovers that his talent is to be someone else. At all costs.
The poor New Yorker in the 50's is trying to bring, Ricky, a son of the wealthy industrialist, back home from Europe. Instead, he kills Ricky and takes his place. He manages to escape the police, friends and relatives, but not his dark self. -- Macasev

The intriguing web woven in the Hitchcock-esque dark thriller, "The Talented Mr. Ripley," is engrossing from first to last enchanting scene. Matt Damon is stunning as Tom Ripley, a skilled liar and murderer. The film manages to make a character who does wholly despicable things fascinating and intriguing. The European setting casts a dreamlike pall over the film's events and the supporting cast is equally as strong.

I wasn't really expecting very much out of this movie. But, boy did it ever deliver!!! It's a great movie.

No posts have been made on this movie yet. Be the first to start talking about The Talented Mr. Ripley!