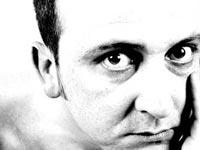 About Me: visual artist

Evil Under the Sun

Probably the best adaptation of one of Agatha Christie's novels. If not the best, then the funniest and the campiest. The lavish film direction of Guy Hamilton and the unforgettable film score by John Lanchberry who arranged Cole Porter's all time favorites are enough to make this movie exquisite. All stars cast is similar to the one in "Murder on the Orient Express", albeit less pretentious: James Mason bizarrely paired with Sylvia Miles, deadpan funny Maggie Smith, Colin Blakely, Jane Birkin, Nicholas Clay, Roddy McDowall, Diana Rigg and Peter Ustinov. Overdone costumes created in a vision of the 30' through the lens of the 80's. Beautiful cinematography and pretty free-style interpretation of the Christie's novel. A whodunnit where we …

Welcome to FilmCrave! Click on 'Edit My Profile' above to finish filling out information about yourself. Don't forget to change your picture too!