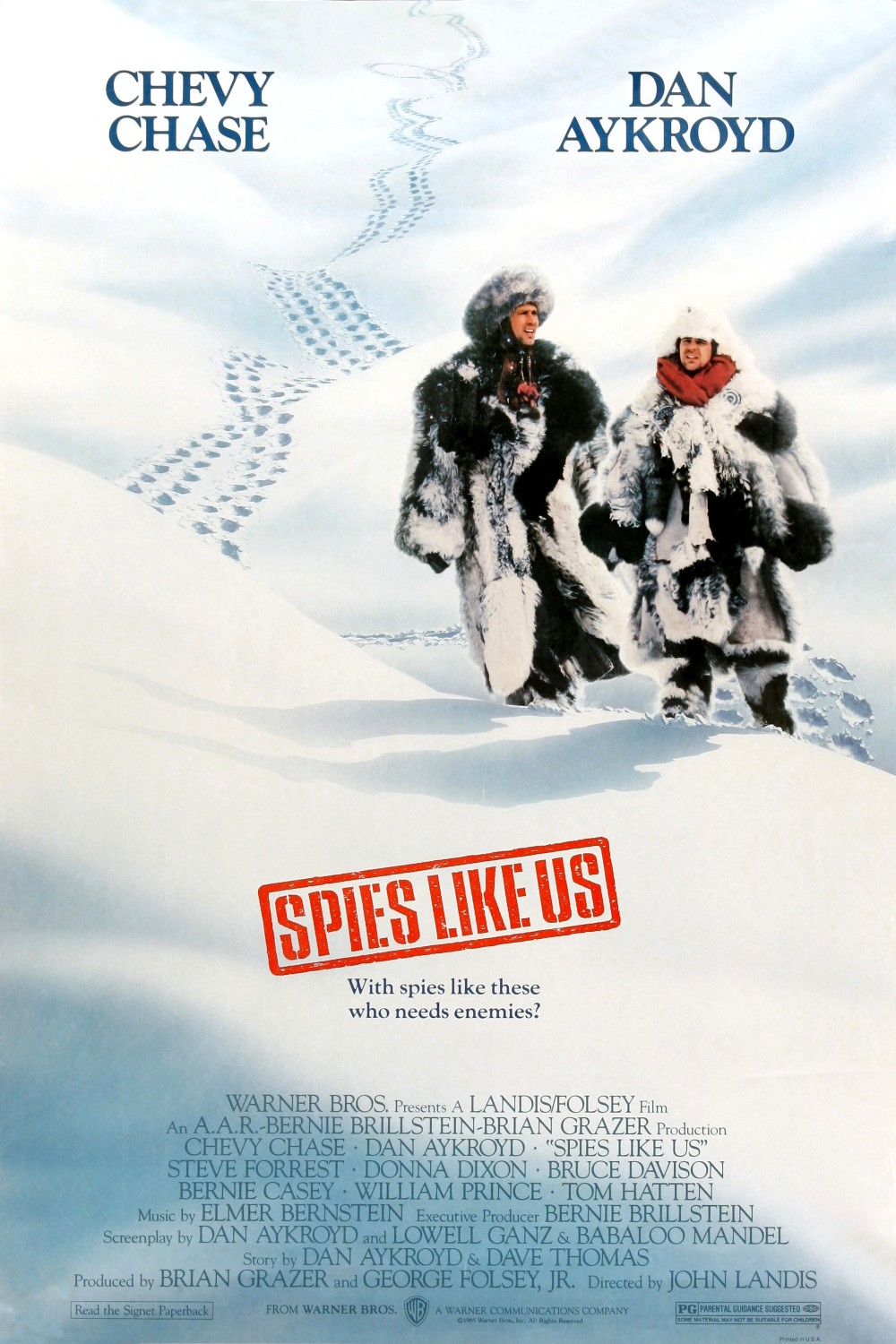 Plot: Two bumbling pencil pushers think they have been recruited by the CIA as spies but find out that they're only decoys for the real mission - the testing of a defensive laser on a Soviet-launched missile.

Farce centering on two nonsensical idiot characters navigating their new spy positions, who eventually turn out to be the right guys for the job in a roundabout way. I had some consistent chuckles through the first half, thanks in part to Aykroyd and Chase's easygoing team-up, but mostly for Chase's superb air headed line deliveries. The second half slows to a crawl, leaving behind the farcical looney-tune appeal and becoming a boring routine spy flick. The few remaining gags feel lifeless at this point.

I would say this is a slightly above average road comedy. The pairing of Chase and Aykroyd works well, but it's so uneven that I can't rush out and recommend it. Plus the plot will pretty much be lost on today's generation.

No posts have been made on this movie yet. Be the first to start talking about Spies Like Us!