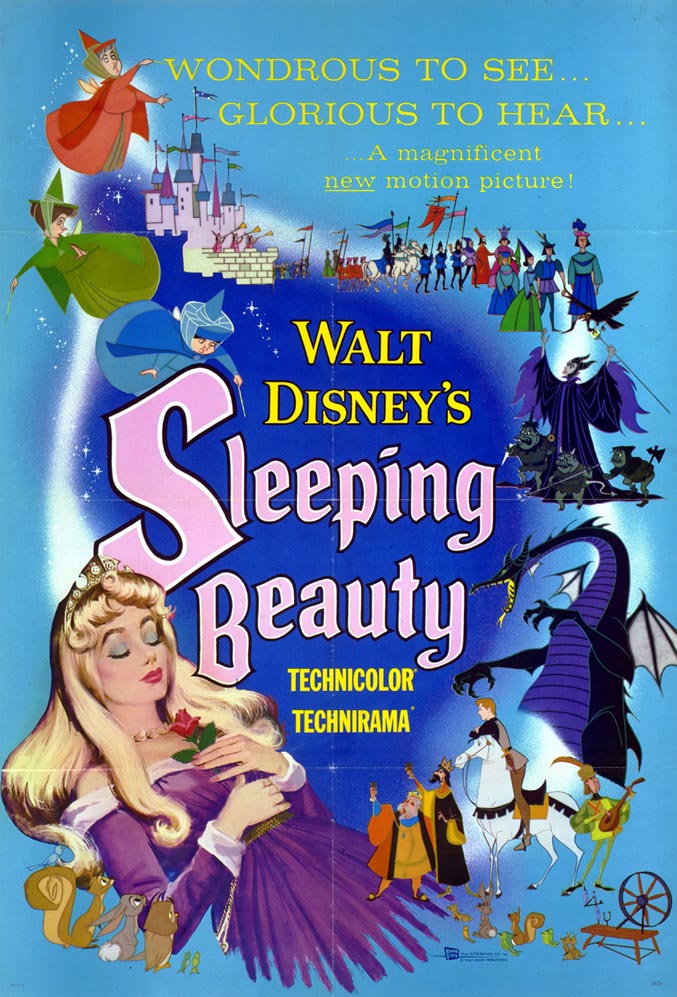 Plot: A snubbed malevolent fairy casts a curse on a princess that only a prince can break, with the help of three good fairies.

Animation is what Disney does best, and this old-fashioned fairy tale is proof of that.

If you take Maleficent out of this movie this whole film would have been easily forgettable with the bland love couple that to be honest do we really care about it? Sleeping Beauty herself was pretty boring and the price was even worst, it's the honest truth if you can handle it.

Best of the Disney princess fairytales. The animation is grand and colorful. The villain and climactic battle are just the coolest.

I'm torn on rating this movie. Overall, it's one of the most boring movies I've ever sat through. And it is probably the most boring Disney film I've ever seen, with the possible exception of Fantasia. However, the animation is brilliant. There was just something about it that kept me watching. It had this slightly odd and off-kilter style to it that I loved. And Maleficent is one of the great Disney villains. With that being said, I just can't get past almost falling asleep twice to this film. And I'm not even counting the two or three times prior to this that I actually did fall asleep and couldn't get through the movie. Lastly, the one fatal flaw with this story, not just the film. The curse that is put on the princess states she must prick her finger by sundown of her 16th …

Has The Unconventional Strength Of Simplicity

Sleeping Beauty strikes me as a rather straight forward movie. There is little in this movie that will strike the viewer as unexpected. Yet, perhaps that's why Sleeping Beauty is still loved to this day, it's pure simplicity and basic story telling.

Sleeping Beauty is a tale we all know. Princess Aurora is cursed by classic Disney villain, Maleficent. The curse states that the princess will die before her 16th birthday. The three good fairies (Flora, Fauna and Merryweather) take the child as their own to protect her, though ultimately, Maleficent manages to prick Aurora's finger, killing her. Prince Phillip, of course, has to kiss her in order to awake Aurora, but that proves complicated.

Sleeping Beauty has many strengths. It's animation was impressive for it's time, and while …

No posts have been made on this movie yet. Be the first to start talking about Sleeping Beauty!