Plot: tory about a variety of characters (including a baker, a phone-sex provider and a clown) whose stale lives intersect and are forever altered through simple twists of fate.

Sprawling and bittersweet comedy-drama that connects almost two dozen characters and their stories.

Follows an entire list of characters as they navigate their way through suburbia, all linked together in typical Altman fashion.

Similar narrative style to Altman's previous 'Nashville'. A few days in the life of a huge collection of characters. The cast is made up of entirely recognizable actors, each as good as the other. But, unlike 'Nashville', I wasn't bored with this long bloated trek. I found most of the individual stories to be more entertaining here. A couple I could've done without, but as a whole it seemed to flow better. The middle slows down a bit and the ending feels unnecessary. I generally liked the rest. This one mostly worked for me.

A few qualms noticed were the pacing, overlong scenes of the jazz singer, lack of an interesting … 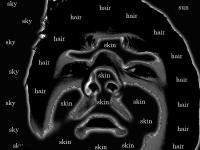 Like his 1975 sprawling epic NASHVILLE, Robert Altman treads familiar water with a massive cast of several interlocking characters and stories. The material was lifted from a series of Raymond Carver short stories, which explains the ever-present feeling of anticipation and staggering coincidence. Most of the characters are desperate, ignorant suburbanites in search of quick happiness; a form of satisfaction without the commitment and work. Their behavior isn't desirable, but they're not completely despicable as human beings. In fact, what makes SHORT CUTS so fascinating is the true humanity in the stories; how they're only trying to find happiness in their lives. The failed attempts at trying to right-a-wrong, the simple misunderstandings that prove fatal for some, yet beneficial for …

Best of the 90s by Protozoid

No posts have been made on this movie yet. Be the first to start talking about Short Cuts!