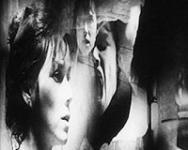 Film I Love: Even Dwarfs Started Small, Lianlian fengchen, Fu Sheng, The Mother and the Whore, a nos amours

Film I Hate: The Black Dahlia

Guilty Pleasure: Your Vice is a Locked Room and Only I Have the Key

Movie Quotes: "We need to stop intellectualizing so much and rely on what you feel. If you feel something it's true." - John Cassavetes

Tsai's most dated but amazing none the less

Yup, it's definitely fantastic. Maybe Tsai's moodiest film or, at the very least, the one with the least amount of dialogue, even though his films are usually quiet. I think the reason I don't rate it higher is that I think for what Tsai is trying to accomplish he should have waited a little longer. It's beautiful by the 'normal' standards but by Tsai's it's kind of disappointing. It might just be the print but the cinematography doesn't live up to the rest of the film. The colors feel very watered down and not vivid like they are in What Time is it There? It's still a brilliant film, though. Lee Kang-sheng is great, as always, as Hsiao-kang. Yang Kuei-Mei's performance especially in the final scene is amazing.

We just made some great additions to our movie database. We have doubled the amount of titles that are available and we have some more on the way. For those of you who requested titles, thanks for being so patient. We still have more to add but it should be done soon. We also have some great features to roll out in the next few weeks so keep an eye out!

Yeah, those are the only two I've seen. I'd like to see The Last Wave eventually but it's not the highest priority at the moment.

Have you only seen this and Dead Poet's Society from Weir? I haven't seen either of these actually, but I love a few others of his. If you're interested you might try The Last Wave or Gallipoli. He is not a purist in any sense, whereas I think Malick essentially is. He is interested in actually reaching an audience and some very good and very bad choices occur as a result.

(There's a lot I haven't seen of his though.)

I found Goodbye South, Goodbye to be amazing. It's my favorite Hou I think.

NOTICE: A new feature has been added to allow you to approve or reject comments from other users. The default settings allow all comments from friends. You can change this setting in your account profile.

You too? Hahahaha. I love how everyone talks shit about this site and then goes and signs up anyway...

I will have to check this one out.