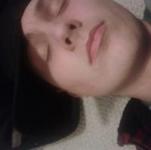 When I saw the trailer for Jupiter Ascending I thought there was a possibility that this could be a revolutionary action film. All the effects were really cool and it is a movie that is just very appealing to your eyes. However this movie becomes an even worse version of Star Wars The Phantom Menace. It becomes a Sci-Fi film that becomes way too political and who really cares about politics or at least in a movie in this genre. Channing Tatum and Mila Kunis both do alright in this movie, they aren't terrible although they were both definitely brought in as a cash grab because they are two of the most popular and attractive people in the business right now. The real dud performer in this movie is Oscar winner Eddie Redmayne. Redmayne has …