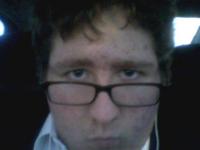 Film I Hate: The Pacifier

Camp Rock Does Not Rock At All, It Does Pop

In January 2006, Disney released a small movie called "High School Musical". It featured the talents of Zac Efron, Vanessa Hudgens, and Corbin Bleu. Claiming to be adapted from Romeo & Juliet, it had the simple message telling you to be true to yourself and to "Get'cha Head in the Game". This little film became a nationwide sensation that led to a sequel, numerous merchandise, and currently has a major motion picture due out in the fall and a reality series later this summer. Disney, looking to repeat their success, recruit the Jonas Brothers for "Camp Rock", their latest musical/cash cow. "Camp Rock" really stars Demi Lovado as Mitchie Torres, an aspiring pop singer who has a super-awesome (read: passable) singing voice who wants more …