The Serpent and the Rainbow Movie Information 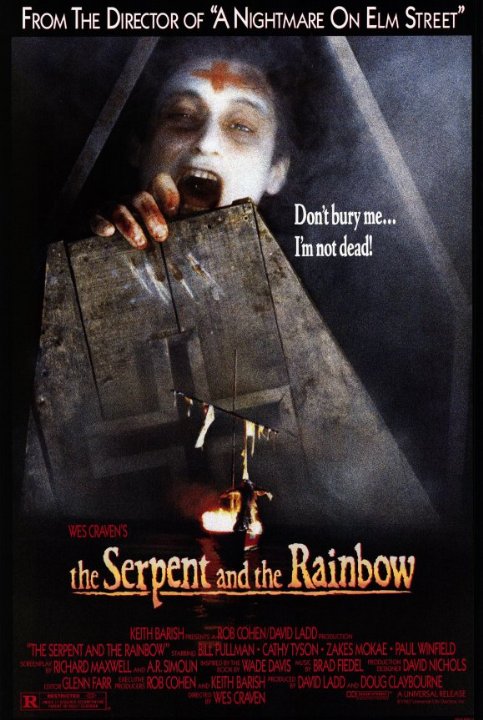 Plot: A businessman tries to find out the active ingredients in a voodoo concoction that makes people zombie-like. -- sapien

Unique and creepy. A strangely entertaining horror film. One of Wes Craven's underrated.

This movie has one of the most gruesome scenes in all of movie history. It's when Bill Pullman's character gets his balls cut off with a hammer and chisel! It's a genuinely scary movie.

No posts have been made on this movie yet. Be the first to start talking about The Serpent and the Rainbow!