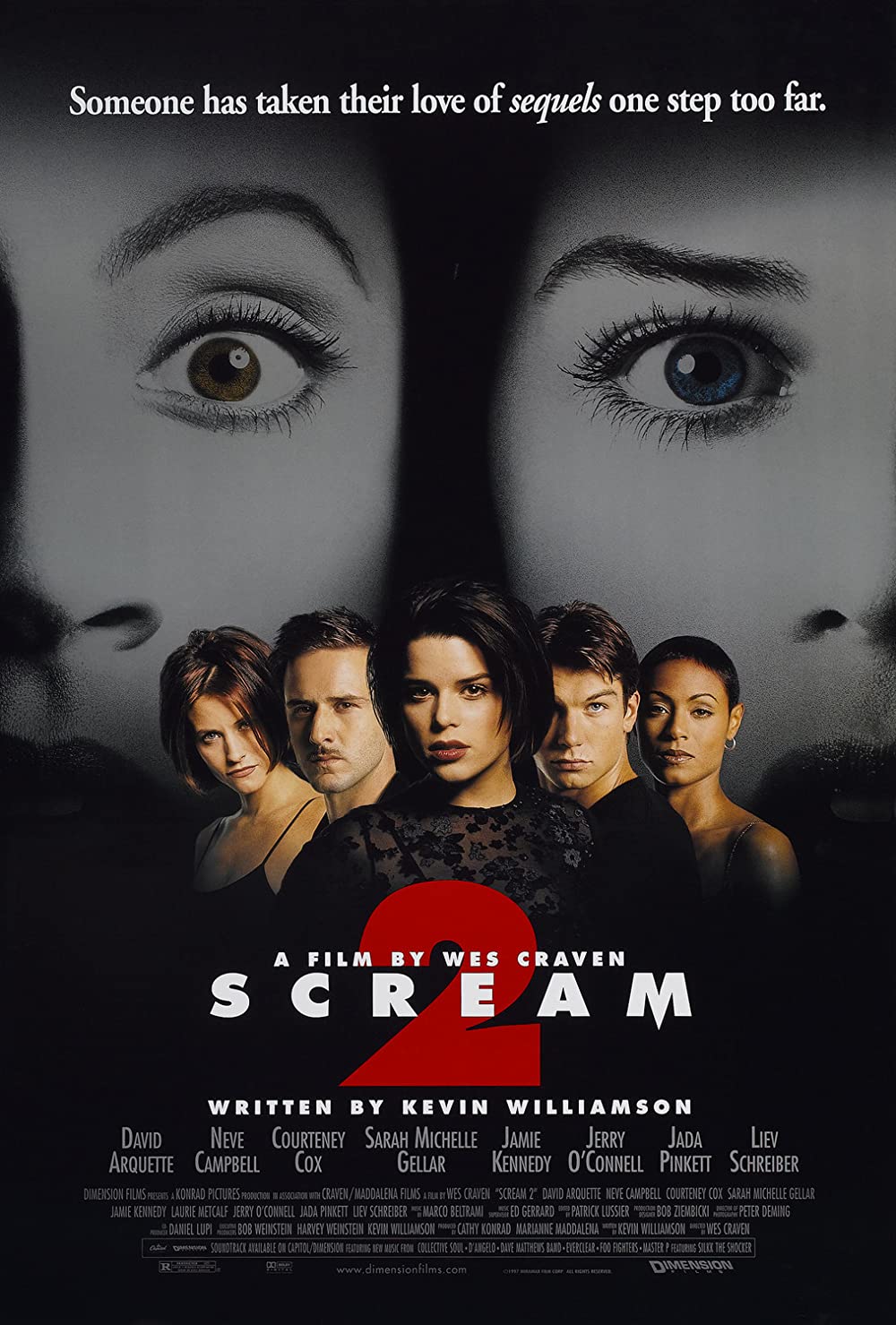 Plot: Two years after the horrifying murders in Woodsboro, Sidney Prescott is haunted once again by tragedy when she sets off for college. A film version of her life is being made while a new killer begins to terrorize her and her friends.

When it's striking at horror sequels and their cliches, "Scream 2" is almost as good as the original. But when it isn't, the movie drags and stops being either funny or scary.

Entertaining sequel to the hit slasher that holds up better than it should. Even if a character doesnât have much screen time, most of them are memorable. Thereâs even some social commentary on the mediaâs treatment of violence in popular culture. Thereâs more winking meta humor than the original. Whether thatâs on purpose or not to mock the trends that sequels do become softer, I canât say. Scream 2 is a fun horror sequel with some suspenseful moments. But the original does fare better thanks to its more acerbic wit and darker tone.

This movie takes Two years after the horrifying murders in Woodsboro, Sidney Prescott is haunted once again by tragedy when she sets off for college. A film version of her life is being made while a new killer begins to terrorize her and her friends. This movie has still got all those cliches that has been to done to death in other horror movies which is the weak part about this movie.

Ghostface kills in a premier of Stab. Sidney Prescott (Neve Campbell) now studies, alongside her boyfriend Derek (Jerry O'Connell), Randy (Jamie Kennedy), Mickey (Timothy Olyphant), and best friend Hallie (Elise Neal) try to unravel the real killer. Cici (Sarah Michelle Gellar), Randy and Dewey were murdered. Sidney and Gale Weathers (Courteney Cox) become heroines. I felt the overloaded characters and numerous twists were too much. Trying hard to impress the fans of the fans of the franchise. The soundtrack and performances shine. Not even close to the brilliance of the original but good enough to entertain despite its lack of character development with the new figures. Part of the plot and direction were slightly confusing, still Scream 2 delivers the gore and laughs to be a …

No posts have been made on this movie yet. Be the first to start talking about Scream 2!