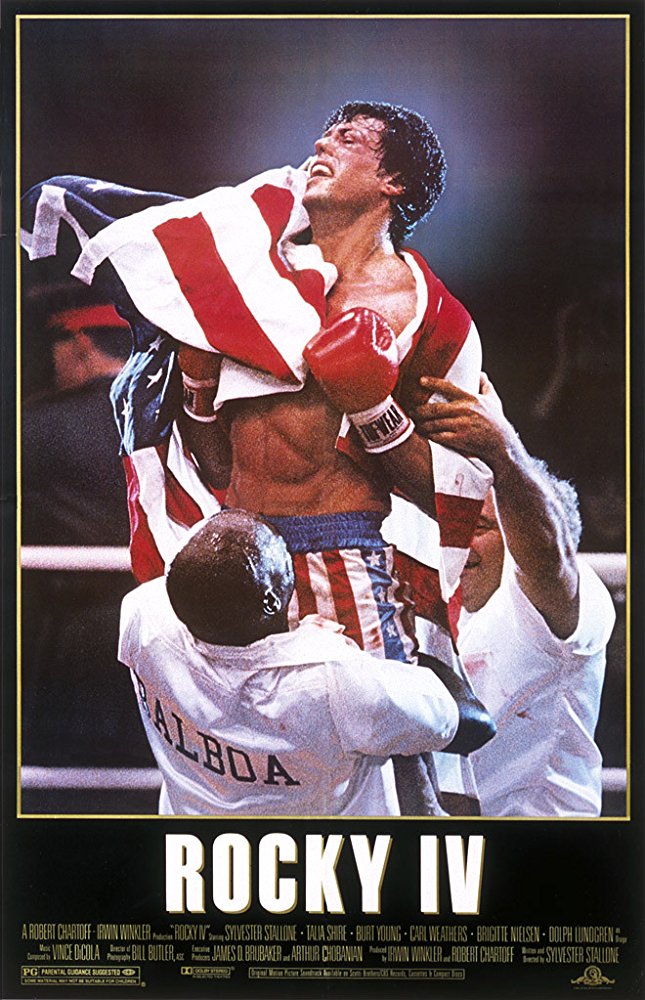 Plot: Rocky Challenges the Soviet who killed his Friend Apollo Creed even though he appears out matched by a cheater.

"I must break you". Rocky Challenges the Soviet who killed his Friend Apollo Creed even though he appears out matched by a cheater. This movie is just a epic 80's movie with a speechless villain and a loud mouth talking hero.

Utterly formulaic and unbelievably dim flag-waver which is the epitome of the kind of Reagan era Russkie hating that permeated the 1980s. This is Rocky with every last vestige of subtlety and intelligence removed, although I admit it does have some kitsch entertainment value.

A robot, an exhibition match turns ugly, bashing of countries and a super athlete in a Rocky picture, not sure what their aim was. Itâs baffling how one needs to fight somebody by risking your life. The MTV like video of various clips with Apollo and Rocky was dull and was definitely a filler to make the movie longer. Dialogue was horrendous and the soundtrack still felt dated. A memorable quote from the picture: Rocky - âWeâre changing.â Only thing worth seeing here is the cinematography and unique training of Rocky in Russia. Rocky IV felt like a documentary and music video promoting change and unity.

ROCKY Movies Ranked by The WHB

No posts have been made on this movie yet. Be the first to start talking about Rocky IV!