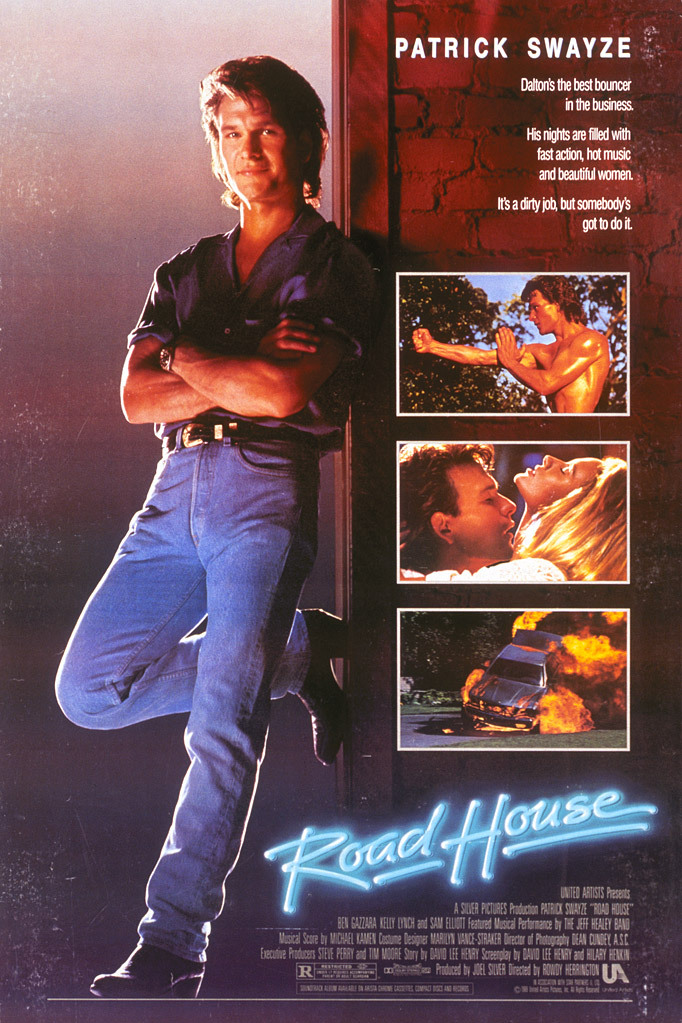 Plot: Dalton is the best bouncer around, and is hired to clean up a rough bar in a small town. He quickly finds that he is not just dealing with the typical riff-raff.

A silly but entertaining action thriller where a smooth coolheaded bouncer is the only one who can free a small town from the rule of a tyrannical businessman. Roadhouse is chockfull of the typical action cliches from 1980s action movies but Patrick Swayze is credible in the part. Sam Elliot and Ben Gazzara beef up the supporting cast while Kelly Lynch just looks pretty.

Road House has to be the most cheesy's movie of all time and it's kind of amazing how such a film like Road House exist. The acting is terrible and the dialogue is so bad that it's really funny. Swayze himself is the only thing that's watchable in this movie.

Patrick Swayze (RIP) plays Dalton, a club bouncer who is hired to clean up a small town bar. He runs up against the local crime boss Ben Gazzara and his gang of boneheads led by an evil martial arts expert with a prison-gay attitude. As Dalton opens up cans of whoop-ass on these bad guys he is helped by Wade (Sam Elliot) his mentor. There's Kelly Lynch as a hot lady doctor who gets patch Dalton up. At one time she had a thing going with Gazzara. Patrick Swayze rules as the king of the bouncers so if you have a craving for brawling ruffians, bar fights, martial arts, big explosions, humorous lines and scantily clad pole-dancing bimbos, then youâll have a blast watching this oneâ¦.a guilty pleasure kinda movie!

No posts have been made on this movie yet. Be the first to start talking about Road House!