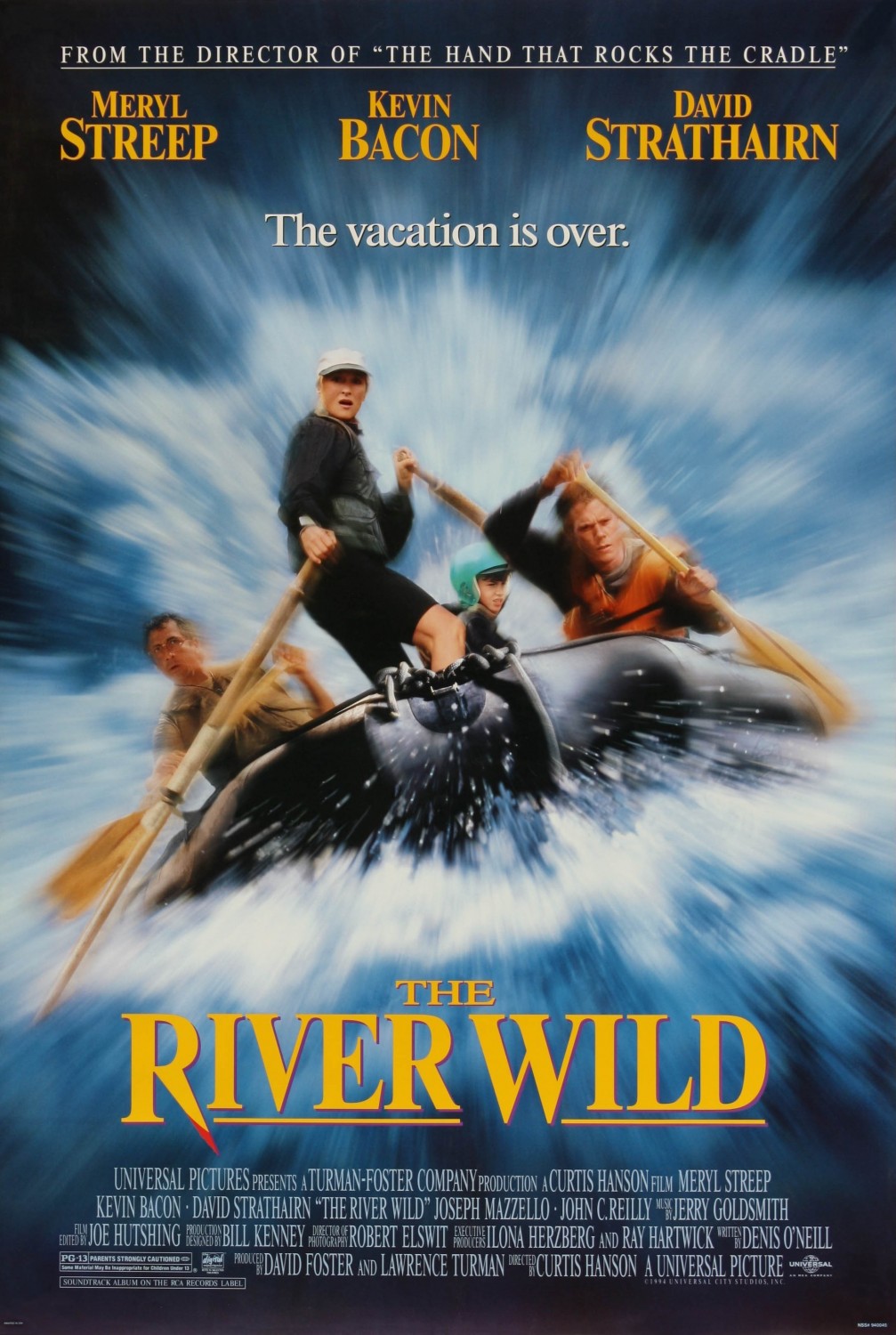 Now, speaking of this film's cast alone - the casting director should get an award for outstanding cast! Meryl Streep blooms and ultimately becomes her character (no surprise here, she is after all Meryl Streep); David Straithairn never ceases to surprise you; Kevin Bacon is seductively evil (which is no great stretch, yet deserves praise); John C. Reily and Joseph Mazzello add charm and evelop the roles into smooth rounded edges, making for an enjoyable romp through the river wild.

Bacon is so good as the bad guy. The show overall is OK but nothing great.

White water rafting expert Gail (Meryl Streep) takes her workaholic husband Tom (David Strathairn) and son Roarke on a trip down the river to go to their house. Little do they realize that soon theyâll be held hostage by two bloodthirsty bad guys (Kevin Bacon and John C. Reilly) who are trying to escape the police by using the river and thus they need Gail's rafting skills to get them past the Gauntlet, a particularly dangerous stretch of river..

The family trip turns into a nightmare as they travel down the river with the armed men and tells of the family's efforts to thwart the robbers and of how their shared danger helps to mend the relationship between Gail and Tom.

A most enjoyable roller coaster ride (or white water rafting ride, I should say) with spectacular action. Kevin …

Movies of 1994 by Stoney McStonerson

movies i watched by sam66

No posts have been made on this movie yet. Be the first to start talking about The River Wild!