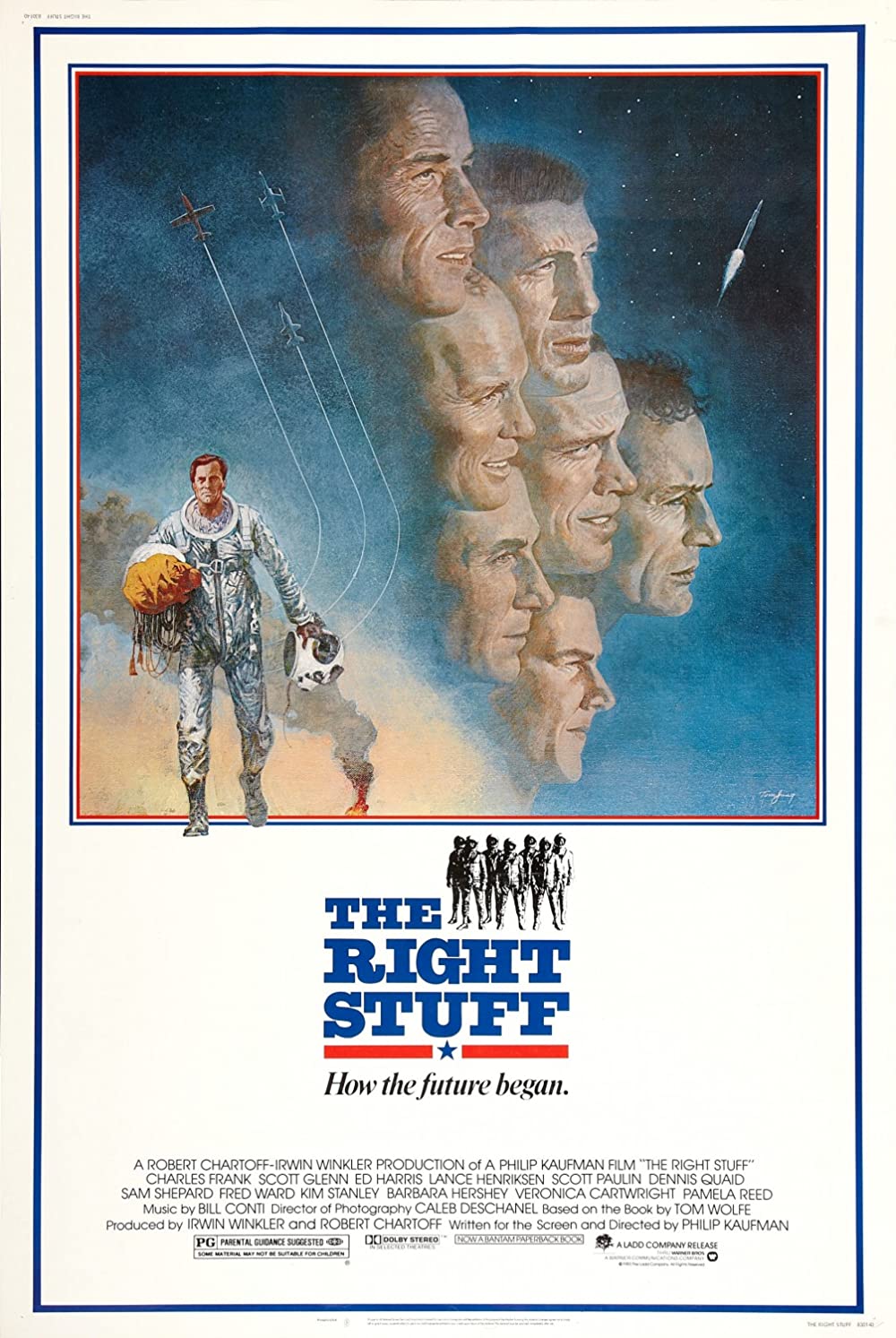 Plot: The story of the Mercury 7 Astronauts and how the space program really got started with these aging men.

"The Right Stuff" chronicles a triumphant and defining point in American history, thus leaving us with a movie for the ages.

I agree with many reviewers who say the movie is a bit over-long and could have used a bit more editing, but still, the story of the a group of men who first braved the skies above Edwards Air Force Base and later become the men who helped the U.S. win the space race. A standout cast and an important story well worth checking out.

The Mercury 7 earn the Hollywood treatment in this epic saga spanning across the decades of the space race. Interesting compared with most historical dramas, the significant others of the main characters earn their fair share of screen-time and even character development. Still, the film's leisurely sense of pacing and long running time might come across to some as bloated.

No posts have been made on this movie yet. Be the first to start talking about The Right Stuff!