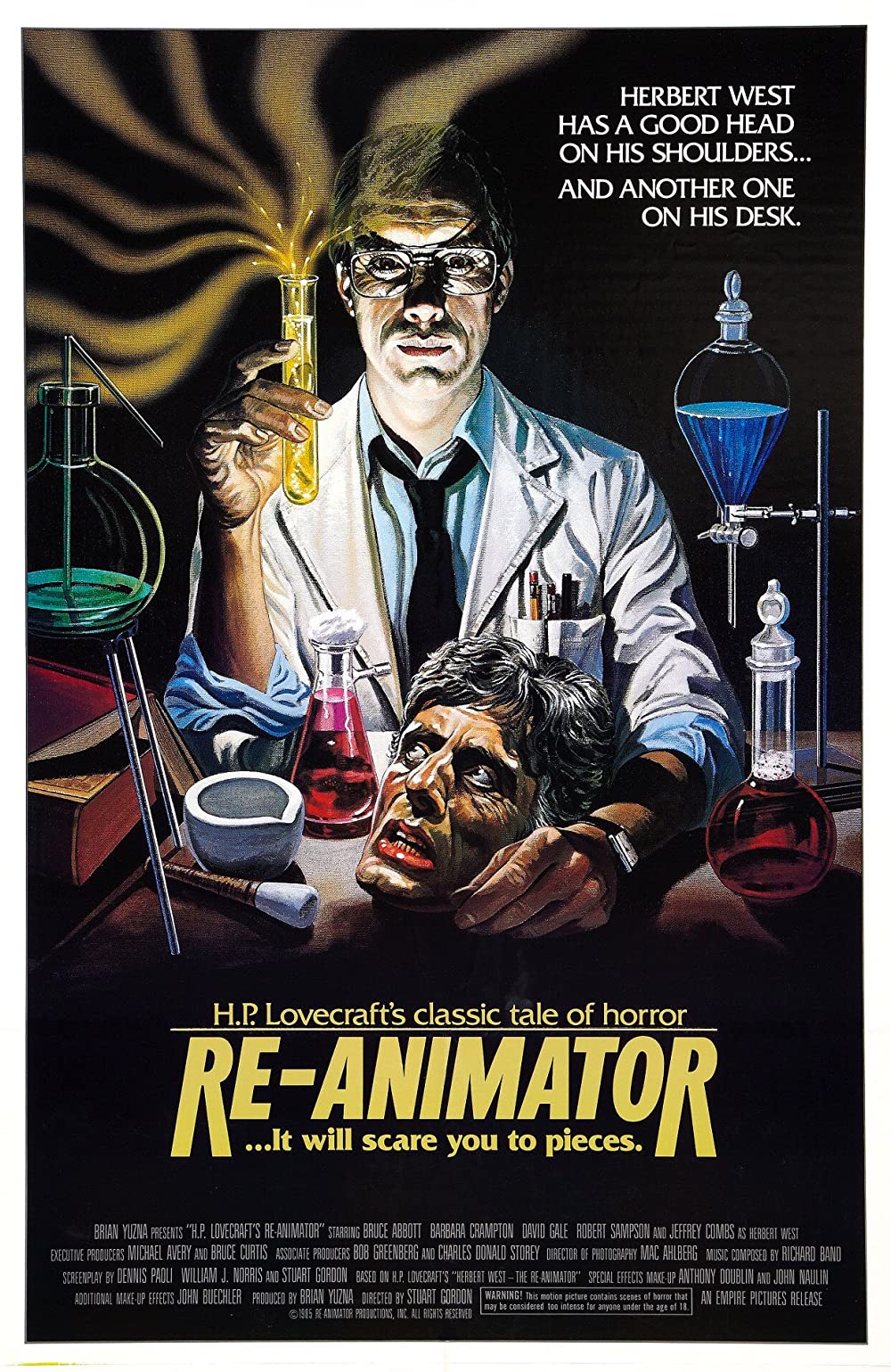 Plot: A brilliant but misguided young scientist creates an agent that gives life to dead tissue. Test subjects are hard to come by and even worse, a professor has taken an unhealthy interest in his work.

One of the best Lovecraft's interpretations to date. 'Re-Animator' is a classy 80's body horror that manages to balance comedy so well. There will never be anything like this again. Many will try, but those will be known "attempts".

What can I say? Hilarious.

Gloriously tasteless comic schlock-horror starring the criminally overlooked Jeffrey Combs, it's worth it for the scene with the cat alone! If you liked Evil Dead 2/3 or Return of the Living Dead, you'll love this!

No posts have been made on this movie yet. Be the first to start talking about Re-Animator!