Plot: After controversy caused by publication of the Marquis de Sade's work, an optimistic young priest must give up control of his asylum to a doctor with alterior motives.

"Quills" is my all time favorite of all Marquis de Sade's many biopics..Rush, Phoenix, Winslet & Caine amaze me! A+++++

An adaptation of the play based on a chapter of the life of the infamous Marquis De Sade whose lascivious writings scandalized post revolutionary France. Set within the walls of a church-run lunatic asylum where the Marquis was incarcerated to avoid the ignominy of prison, he is shown as a rebel using his literature to infuriate the religious establishment. Geoffrey Rush clearly relished the role and is ably supported by Joaquin Phoenix as the asylum's governor, a good man trapped within the framework of an intolerant heirarchy and Kate Winslett as the common serving girl who helps the Marquis distribute his works. Michael Caine is a little less convincing, probably because of his casting against type as the cruel, sadistic tyrant who is dispatched to "cure" him. It has shades of both …

Top 25 Films of 2000 by CarnivorousCouch

All Romance Seen by murcia

I agree, this is a wicked movie. Ironic that the father of sadism should have ended up tortured... 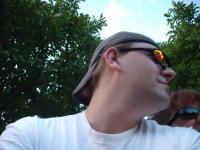 Outstanding movie on all fronts.Geoffrey Rush is phenominal as the Marquis de Sade. Michael Caine Kate Winslet even Joaquin Phoenix give great performances.&amp;nbsp;Don't think they could have covered the persecution of one of the greatest sexually explicit writers of all time. A really great watch.&amp;nbsp;