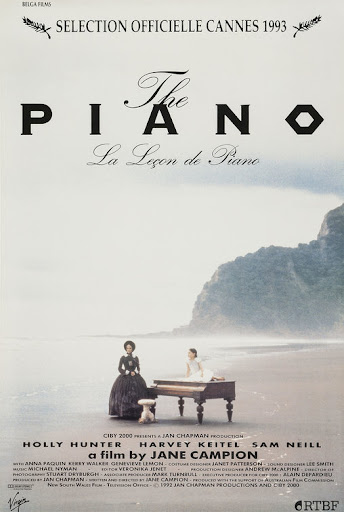 Plot: A mute woman and her daughter move from Scotland to the rugged forests of New Zealand's South Island for an arranged marriage. Her husband is not what she expected and she nearly breaks down after he sells her prized piano. Yet the new owner is willing to let her play if she gives him lessons, along with certain other arrangements. The relationship soon leads down a dangerous path. -- Chris Kavan

This woman is the dumbest bitch. But seriously, I love how Jane Campion is considered one of the most feminist directors in the industry and her most famous film is about an incredibly irrational women with no fucking voice being swept off her feet by a guy who ransoms her piano for sexual favours.

A well-acted and heart breaking 19th-century drama that says a lot about the way women were viewed, mistreated, and controlled by men during its time period.

Had been wanting to see it for Holly Hunter's performance. There were some ok moments, but mainly it was a disappointment. I had been building it up in my mind for so long, I expected her performance to be miraculous, but somehow it fell short of what I perceived it could be.

No posts have been made on this movie yet. Be the first to start talking about The Piano!