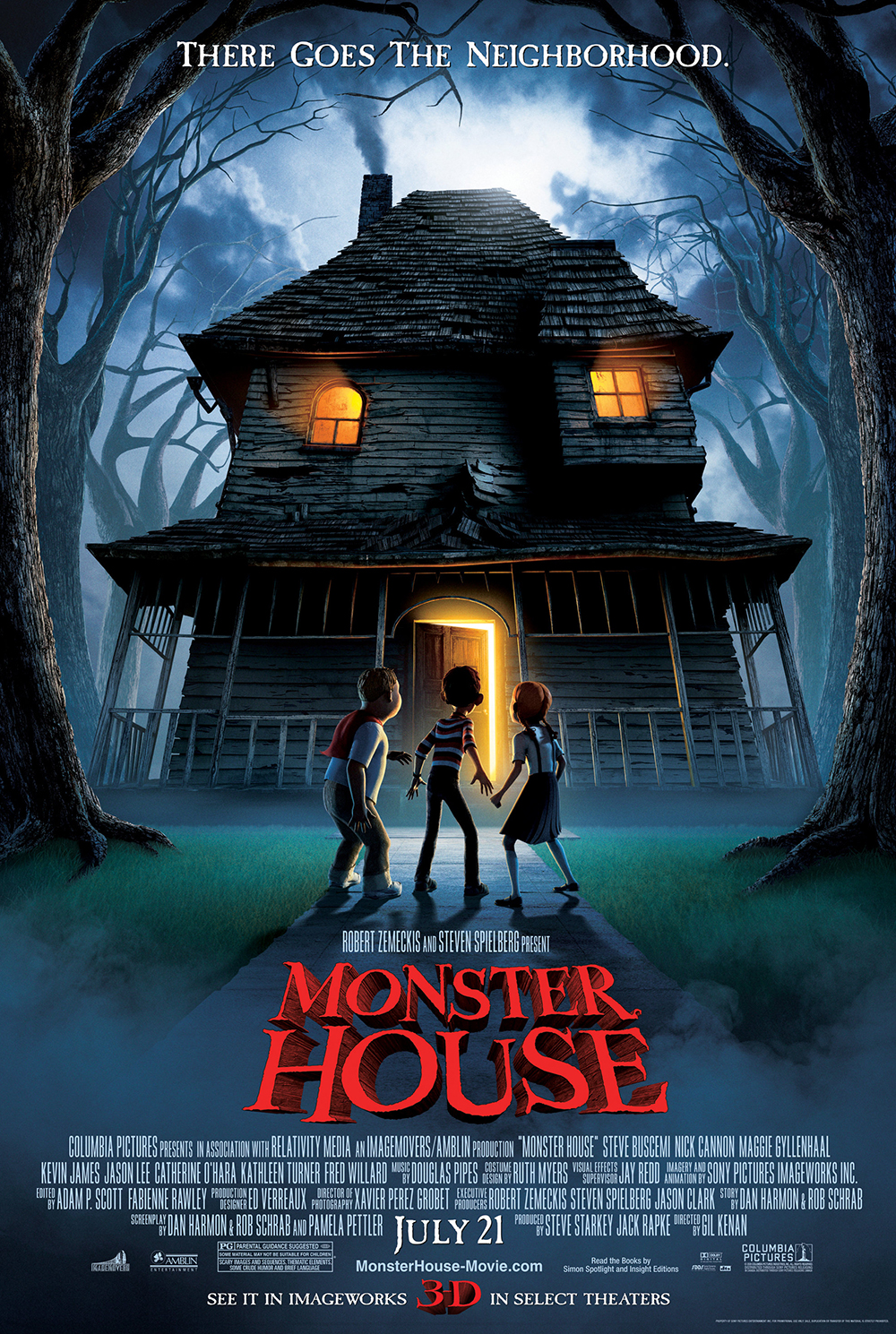 Plot: When the old man who inhabits the uber-creepy house across the street apparently dies, the house begins to come alive and torment the neighborhood.

"Monster House" is worth watching even though it becomes a bit too intense for kids of all ages at times.

A fine animated fantasy adventure, with mystery and horror overtones. It's an imaginative and fun ride that contains great visuals and some very funny humor. If this had been made when I was a kid, it would probably be one of my favorite movies.

Great animation, adults may see it as a comedy

"Nebbercracker" is known to take anything from children which lands on his property, including the basketball of "DJ's" friend "Chowder" (voiced by Sam Lemer).

"DJ" tries to tell adults that there is something up, but they won't listen. So he, "Chowder" and a neighborhood girl named "Jenny" (voiced by Spencer Locke) investigate the house after "Nebbercracker" has an apparent heart attack while yelling at "DJ" amd "Chowder" and rushed to the hospital.

No posts have been made on this movie yet. Be the first to start talking about Monster House!