Plot: A boy is brought to the future to save his own past.

The plot is busy and frantically paced, but it's also abundantly full of contrived, yet inspired wackiness.

Concept was fresh but had a few moments that even for an animated flick it got too weird. A dinosaur communicating with its master, the crash landing of the time machine downwards then starts going straight even when the steering stick got broken, etc. It felt like a poor-mans Back to the Future. Still, worth seeing for its themes of family, a dark past and always moving forward to the future.

''Keep moving forward'', a quote in a kids movie that speaks to all ages. Not a classic, but damn does this movie play on your heartstrings. It tackles such mature themes and teachers the right lessons for kids, especially how they handle the villain. I'm honestly surprised not many people are talking about this movie these days. 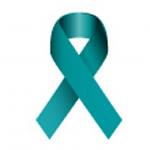 This movie review i can give two different sides of the story i saw. As for kids it can portray that as long you keep moving forward you can accomplish anything. It can show the kids that their destiny is already made all they have to do is keep moving forward. And how you treat people can make you have life long enemies.

My other review is a christian aspect even as a young boy who has strong ambitions to become an inventor. But because his invention did not work he decided he was no good and he would never get adopted however his son from the future comes to save his future by taking him to the future. So he can get motivated and fix his invention and keep moving forward.

I really enjoyed this movie because there were some sentimental bits but it never crossed that line of sappiness. The first scene reminded me of the visual greatness of "Ratatouille." I found it admirable that the film managed to come full circle when it comes to its story. This is a really good movie for kids because the dialogue is easy enough to understand, there's a lot of bright colors and loud noises, not to mention its creativity and energy are constant. The last fifteen minutes got a bit dark, which I really liked, and I wished that it lasted longer. The only flaw I could muster was that twenty minutes into the movie, it got somewhat slow. They could've gotten rid of that slow ten to fifteen minutes and added more scenes when the world turned for the worse. Otherwise, this is a …

Lewis (Daniel Hansen) was always a smart kid, but he could never seem to get things right, especially when it came to being adopted. When a boy from the future takes him home, he starts to learn about both his past and his future in âMeet the Robinsons.â

The Walt Disney Company has had a very strange history. Theyâve had great success and utter failure, and unfortunately we were recently in a slump of the latter, but this movie is a great sign of a wonderful future for the company (no pun intended). The writing hasnât been this good since âThe Emporerâs New Groove,â and itâs even better than that.

Other than the acting, the only problem I had with the movie was that it looked like they were jealous of Pixar, thus they came up with this. I know the two are partnered …

No posts have been made on this movie yet. Be the first to start talking about Meet the Robinsons!