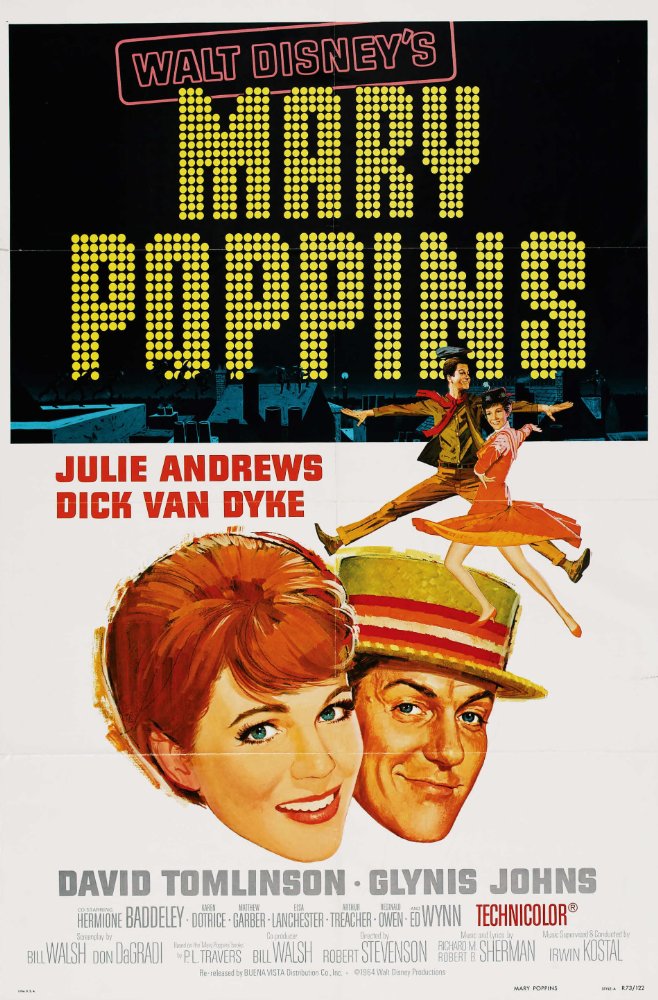 Plot: A pair of British children and their family will find the magic in their lives after Mary Poppins becomes the new nanny. -- Chris Kavan

I will admit, this movie was much better as an adult, then when I remember watching it as a child. However, it's still way too long, and it has way too many songs. I really don't know what else to say about this. It's been around so long it seems like an institution.

One of the best musical/family films I've ever seen. Such a fun movie, with an imaginative story and great music. I enjoy it more on repeated viewings.

Mary Poppins was good, but as a child, I never actually liked this movie.

"We better keep an eye on this one. She's tricky."

Unlike most Disney live action efforts from the era (e.g., Swiss Family Robinson, The Shaggy Dog, The Parent Trap), this is a truly classic film--it's neither insultingly one-dimensional nor neutered for young audiences. (This is not to say that I don't enjoy some of those other films; they just aim lower, and in some cases--I'm looking at you, Shaggy Dog--too low).

Julie Andrews got an Oscar for her film debut, no doubt partly as a consolation prize for having been overlooked by the producers of My Fair Lady, but it was a well-deserved award nonetheless. She takes a role that could so easily be insufferable and insipid and instead adds enough sarcasm and confidence to give the titular nanny depth and make her a true delight. And her singing is breathtakingly beautiful and clear, …

I have always said that Mary Poppins is my favorite live-action film that Disney has come out with. Now that we have reached the 50th anniversary of this truly timeless classic, I can revisit this film as a discerning adult. And what I have found is that the film has lost none of its charm, or indeed none of the magic that made it such a childhood favorite. It has the right mix of music, story and casting that truly makes this a standout feature.

The release coincides with the 2013 release of Saving Mr. Banks - the story of how author P.L. Traves and Walt Disney met in Los Angeles in order to secure rights for the films. One of the new features is a meeting between songwriter Richard Sherman and the actor who portrays him in the upcoming film, Jason Schwartzman. Sherman also features …

Movies of 1964 by Stoney McStonerson

No posts have been made on this movie yet. Be the first to start talking about Mary Poppins!