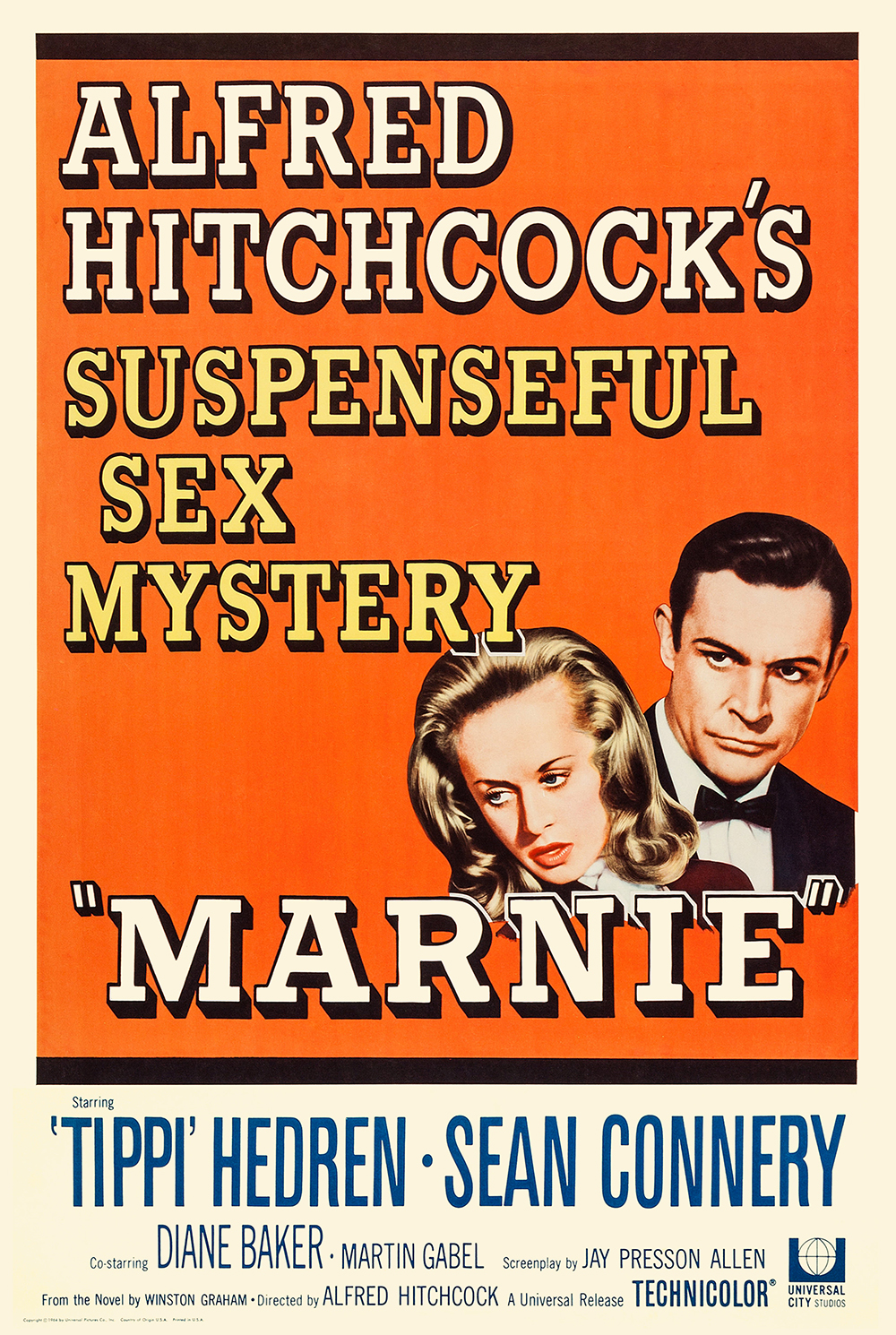 Plot: A troubled young kleptomaniac is blackmailed into marrying one of the men from whom she stole. Will he be able to unlock the secret to her neuroses before it's too late?

One of Hitchcock's lesser works feels a little seedy and the stars never seem entirely comfortable with their roles. The psychological revelation is powerful although rather glib and simplistic, but still lingers in the memory.

Definitely at the bottom of my HItchcock movie list. The "twist" ending can be spotted from a mile away and the dramatic scenes are overplayed to the emotional hilt. It certainly doesn't at all hold the same air of foreboding and terror of a film like "The Birds" or "Psycho."

I don't know if I'll ever meet a Hitchcock movie that I don't like, but this one surely must have seemed like rewarmed version of Vertigo when it came out. The notion that Mark can "cure" her by reading some books and facing the past is more than just a little naive.

No posts have been made on this movie yet. Be the first to start talking about Marnie!