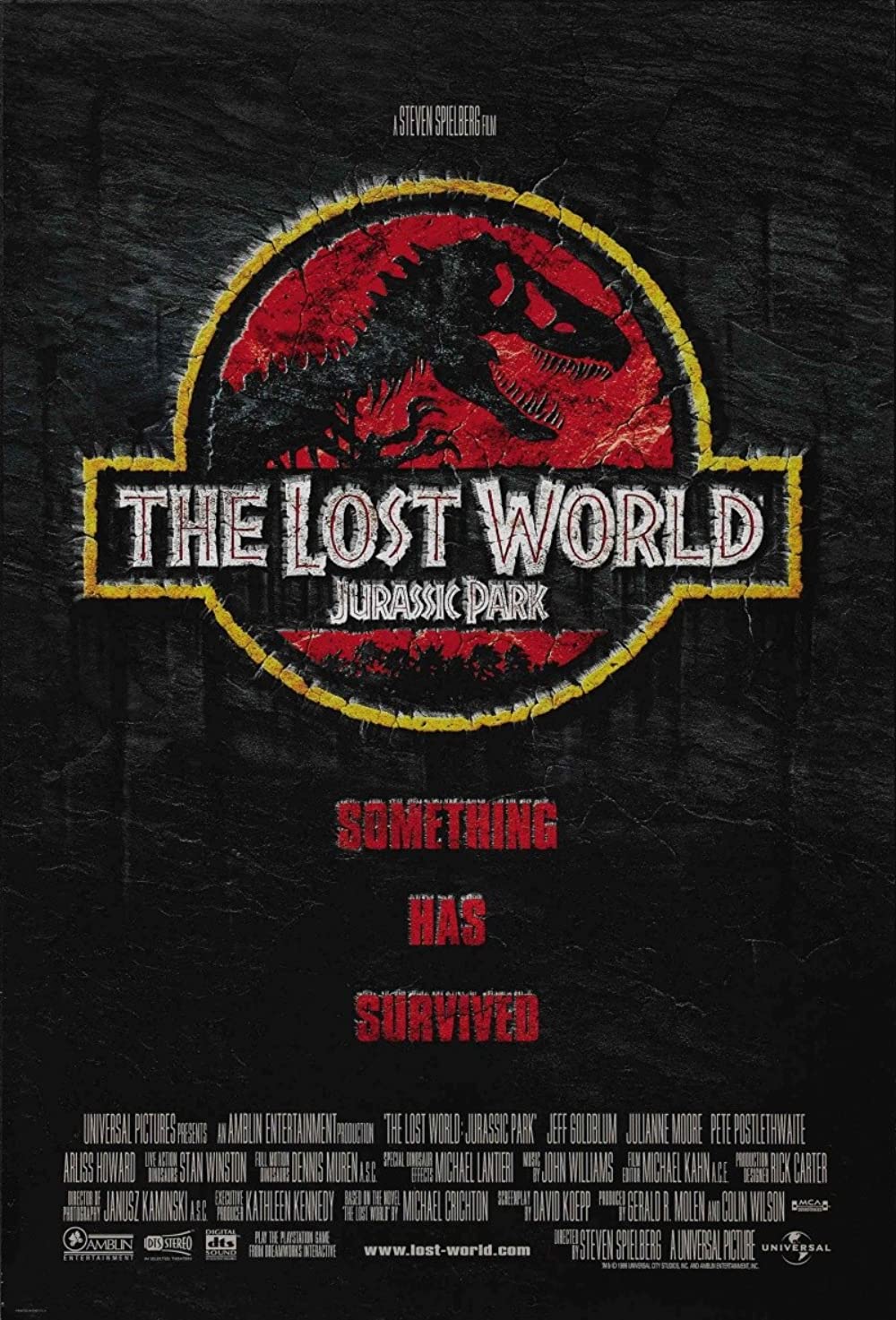 Plot: Ian Malcolm learns that there was another island before Jurassic Park, and that dinosaurs have been breeding unchecked and a group of scientists, including Malcolm's wife, have been sent to study the them in their natural habitat. Soon they are joined by an InGen group who plan to start a new park in San Diego. -- Chris Kavan

It's not as fun or adventurous as the first one.

Such a disappointing movie.

Ugh. It seems like this movie was made just to exploit the amount of attention Jurassic Park had. Fail. I gave it an extra 1/2 star for the effects. Not really worth watching it. I've only seen this one twice, and it was forgettable. I like the first one WAY better.

Even Better Than The Original

The Lost World, the first sequel to 1993's Jurassic Park is an exhausting, thinly scripted film, that depends entirely on it's action sequences and special effects. Now that I've got the critique out of the way, let me just say that I had a blast watching The Lost World, the rare sequel that improves on the original. The Lost World may be missing some of the majesty and inventiveness of it's predecessor, but The Lost World is more fun, and the dinos are just as thrilling the second time around.

4 unfortunate souls make the dangerous decision to go to Isla Sorna to observe and document the dinosaurs living on the island. Among those five are Ian Malcolm, who had been to the island before, and had been nearly killed as a result of the reptilian beasts. He's hesitant to return, but his …

Another team returns to Ingen's research facility to document the dinosaurs in their natural environment but find themselves in a race against time to stop another team sent by the corporation to pillage the animals to populate a new theme park. I always thought that the original Jurassic Park was hugely over-rated; once you got past the Oooh! and Aah! factor of the special effects, the weak story meant that there was little more to it than a computer generated zoo full of fake animals. The SFX of its sequel are just as impressive, but now we can't switch on the Discovery channel without being confronted by herds of computer generated dinosaurs it seems a lot less of a big deal. Jeff Goldblum reprises the least uninteresting of the characters from the original and tempers the dry …

The Lost Sense of Mindless Fun

Plot holes and uninspired performances aside, this is a very enjoyable, tense adventure flick. Definitely darker than the original chapter of this endlessly fascinating franchise, even though it is not necessarily better or more spellbinding. One should notice the thrilling, almost tribal-like musical score composed by the legendary Spielberg collaborator, the enormously gifted maestro John Williams. The whole ending sequence, which consists in a very long but never less than exciting homage from the acclaimed director Steven Spielberg to the original "King Kong", an undeniable classic landmark in the realm of fantastical movie-making, will certainly run most people out of their own breath from stupefying them with top-notch digital effects which interact with live-action elements. That, …

No posts have been made on this movie yet. Be the first to start talking about Lost World: Jurassic Park!