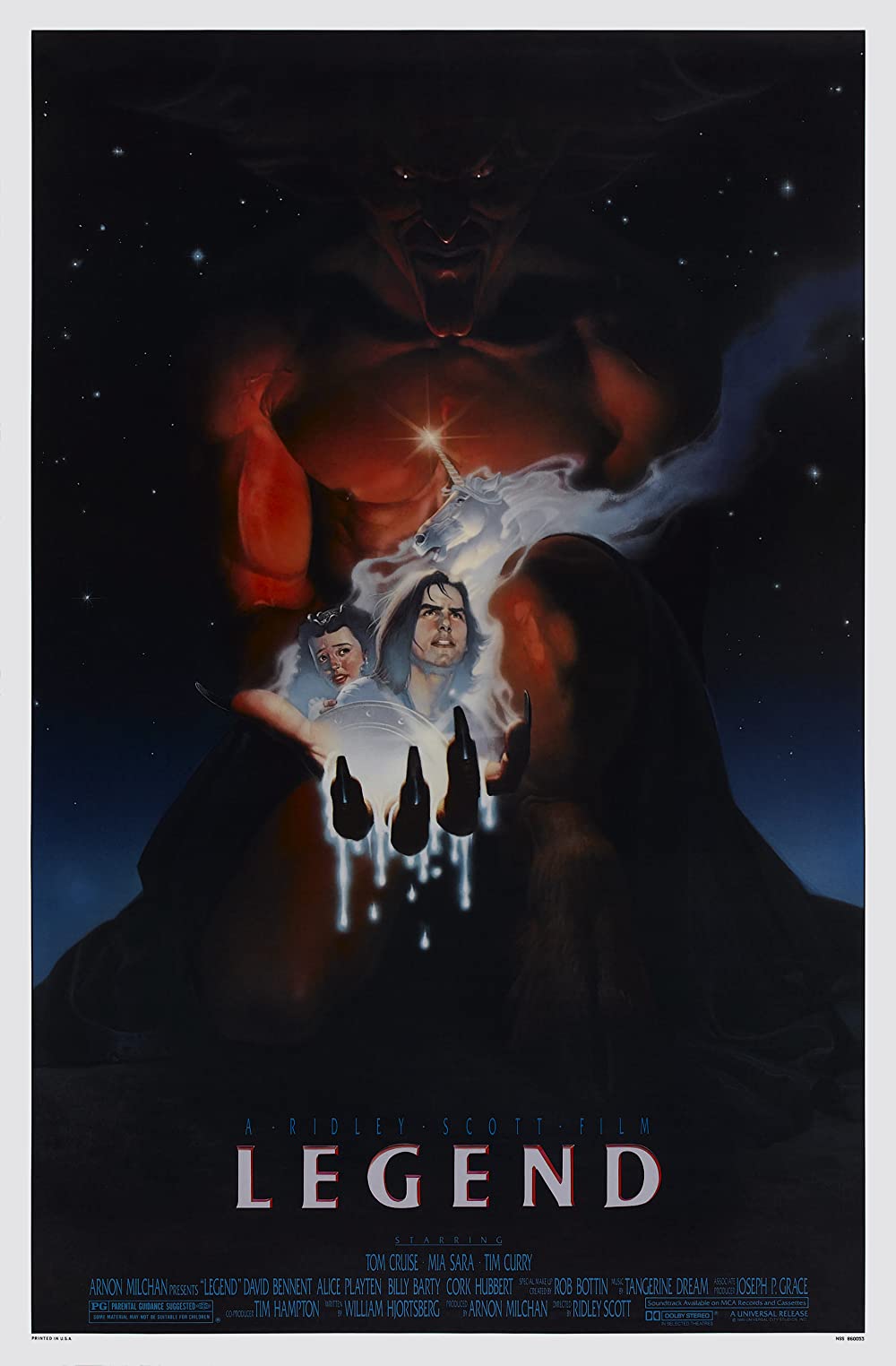 Plot: Sent in a fantasy world were unicorns exist and are not to be touched a young man discovers that he may be the cause for the frozen world that was created due to the disruption.

A dark fantasy movie with some comedy added to it.

This was a childhood movie for me, and I went back to watch it recently. It still holds up to what I remember about it. I think it's very well done for a dark fantasy. There are three things that make this movie for me: 1) The fantastic musical score. 2) The look of the fictional world. 3) Tim Curry as Lord Darkness, who scared the crap out of me when I was six. Blix: "Black as midnight. Black as pitch. Blacker than the foulest witch."

The kind of beautiful visuals you'd expect from Ridley Scott and the production design is very nice, but the cliched plot is paper thin and the acting suspect. Pretty, but vacuous. Like a cinematic version of Jennifer Lopez.

No posts have been made on this movie yet. Be the first to start talking about Legend!