Plot: Two poverty stricken men set a plan to murder a rich Kansas family to take their money and escape to Mexico as the law catches up with them. Based on a true story.

Made in the style of the American New Wave, "In Cold Blood" is a painstakingly faithful recount of the true events that inspired Truman Capote's magnum opus.

A gritty insight into the lives and minds of two young men who shocked America with their senseless and brutal slaughter of a family in Kansas. Conrad Hall's black and white cinematography is fabulous and complements the storyline perfectly.

Personally, I think this is the best adaptation of Truman Capote's book. The characters are nuanced and dark and the film isn't afraid to shy away from tough questions of guilt and justice. The stunning black and white cinematography makes the film seem more stark and bleak. Captivating. 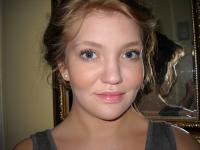 I first heard of the Clutter's when I read Truman Capote's non-fiction novel. The story fascinated me so much that I went on to see the movies "Capote" and "Infamous", both of which were more satisfying than this remake. It could have been very insightful and beautiful as it was well casted and interesting, unfortunately, it didn't evoke as much emotion as "Capote". It seemed as though as soon as we were getting to know Perry, he and Dick were being executed. Perry is probably the most interesting character, as he is a genuine person that did an unthinkable thing, this is what I think of when I think of the Clutter murders and Truman Capote's brilliant work of art. I would have liked to have seen Perry reflected in the light that is thought-provoking and serious. In "In Cold Blood", …

Top Films of 1967 by Neobowler

No posts have been made on this movie yet. Be the first to start talking about In Cold Blood!