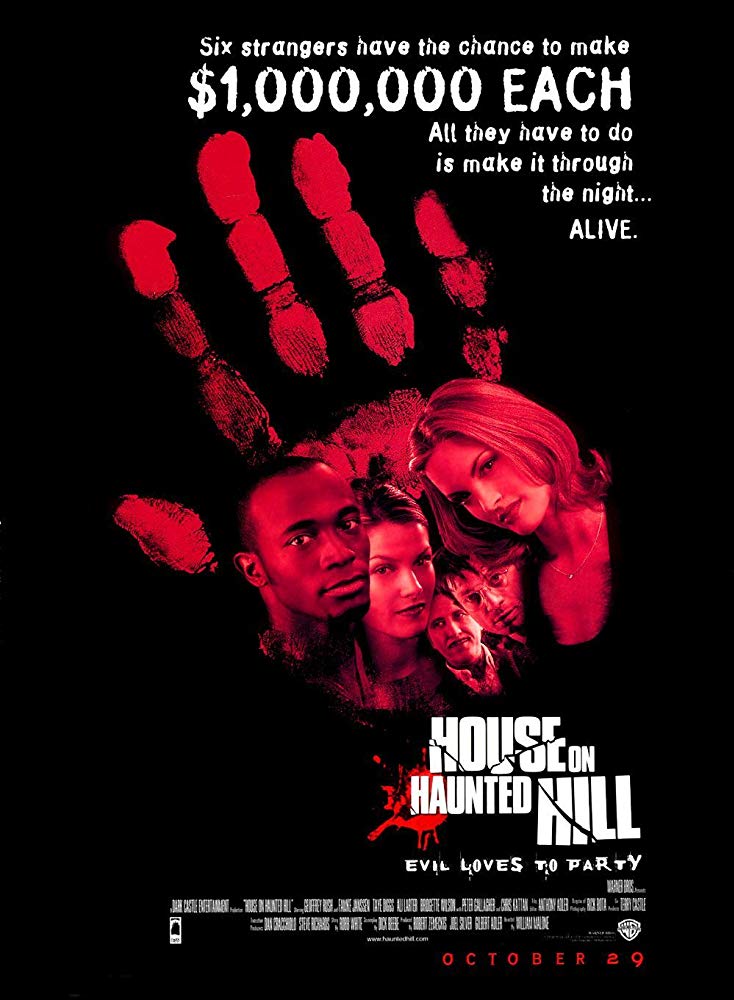 Plot: A wealthy amusement-park magnate offers $1 million to a group of five people if they can stay the night in a supposedly haunted insane asylum. The plan is set, but when the five people he has selected are replaced with five seemingly random strangers, the real game begins.

1 of the worst remakes ever made.Go see the original

Decent remake, though it is already dated.

I can remember kinda liking this movie. It's a good remake.

No posts have been made on this movie yet. Be the first to start talking about House on Haunted Hill!