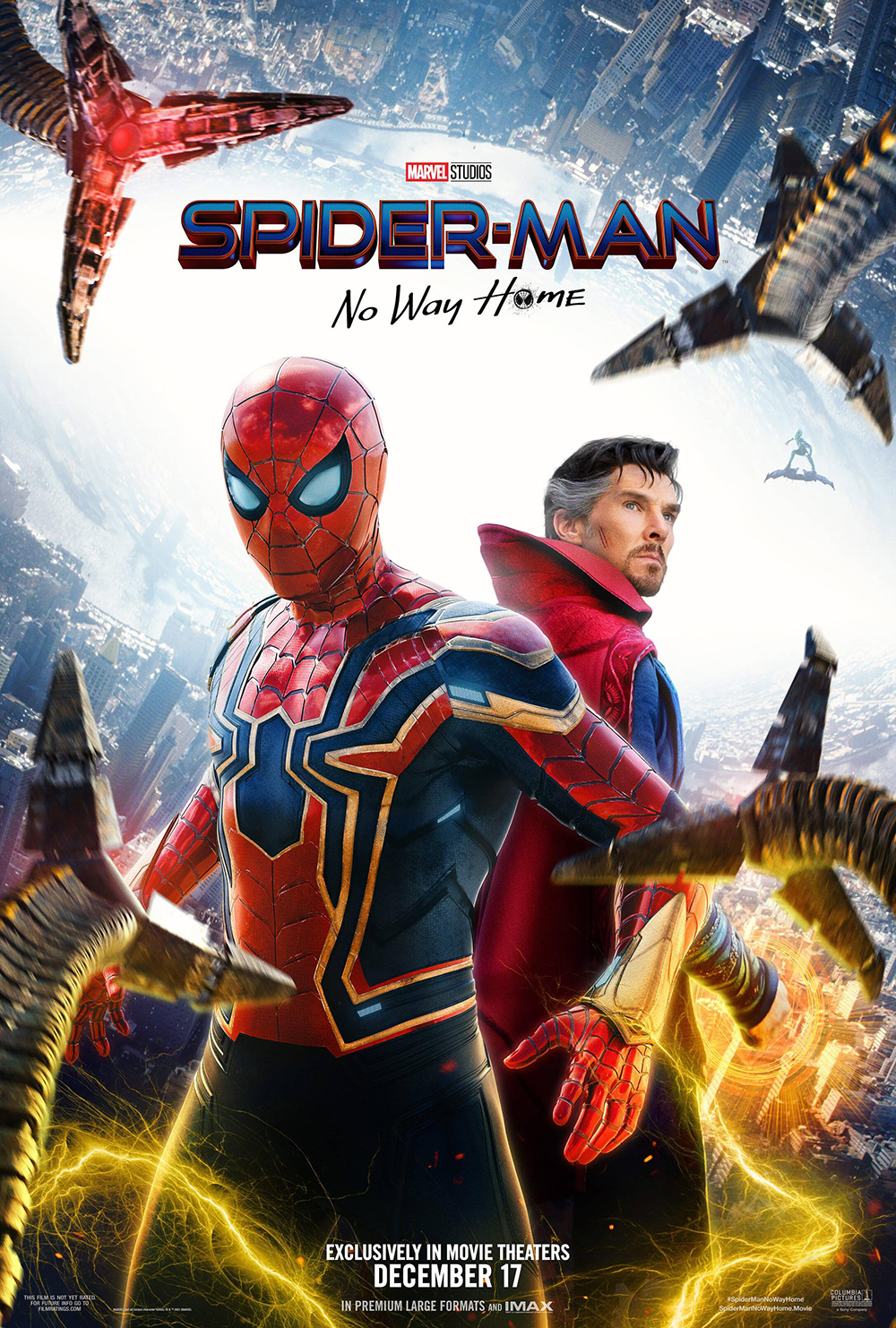 Plot: In the wake of the revelation by Quentin Beck that Peter Parker is, in fact, the hero Spider-Man - Parker, besieged on all sides, asks Dr. Stephen Strange to find a way to make a reality where the revelation never occurred. But an accident brings in heroes and villains from a variety of multi-verses and our friendly neighborhood Spider-Man will face the biggest test of his life. -- Chris Kavan

I cant even describe how much LOVE i have for this film. Was luicky to see it as soon as it dropped to avoid spoilers, definately one of my fave movies ever, ahhhh nostalgia, what they did with this was amazing, cheesy lovable fun and i cant get enough of it, I think holland is the best spider man going made for the role. One of my favourite spiderman and marvel films.

This is the best one out of the Tom Holland series. Incredible action scenes and humorous character interactions propel this ensemble superhero story. And yes thereâs some exciting guest appearances in the movie. Both villains and heroes.

Simultaneously enthralling, funny, and emotionally hefty, "No Way Home" is the perfect MCU flick for Spiderverse fanatics as it shamelessly but lovingly pours on the fan service nice and heavy.

âCan the Spider-Man come out to play?!â

âSpider-Man: No Way Homeâ, man what a ride. This is the ultimate spidey movie, with plenty of fun to go around, which of course is most common in the MCU, but also the dramatic weight of responsibilities that was sorely missing from the previous entries. When the dramatic scenes hit, the impact is great. The fact a movie like this exist with the return of the Sam Raimi villains is something that I have yet to process. Even when watching it I couldnât believe what I was seeing and feeling. It felt like a childhood fever dream.

There's a lot to unpack here, and yet the movie isn't a mess. Out of the three Holland Spidey films, this is by far the best one.

Tom Holland has been great in the past movies, but here I thought he finally made it his …

Bringing It All Together for One Epic Show

We are now 27 films into the MCU - and that doesn't include the streaming titles or the network TV shows - and, despite all that, the powers that be continue to impress and provide something different and, yes, better.

The Spider-Man films have always been a lot of fun - but still pack some emotional punch. Tom Holland has been an excellent choice to play Peter Parker/Spider-Man and has been helped along by a great supporting cast from the likes of Zendaya, Jacob Batalon, Marisa Tomei and Jon Favreau. At the end of Far From Home, the secret identity of our hero was revealed and that's where No Way Home starts.

It turns out being outed by and Alex Jones-like J. Jonah Jameson (J.K. Simmons - still having a great time) isn't good for your private life - or of that of close friends and …

My review of the MCU's third Spider-Man film:
https://youtu.be/_7vHdiehQYs