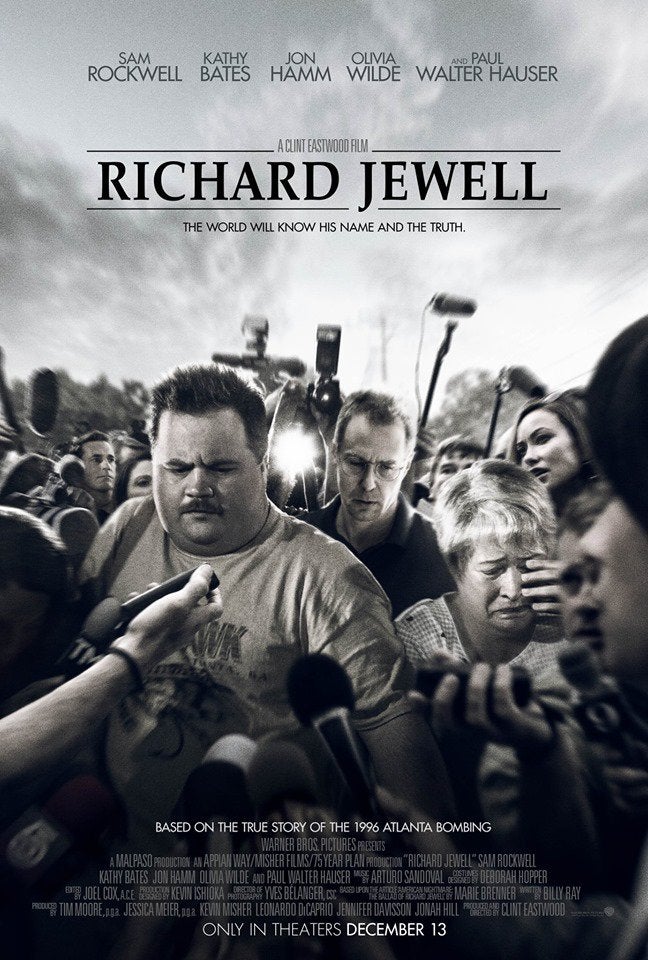 Plot: During the 1996 Olympics, Security Guard Richard Jewell prevents a bomb from going off that would have claimed thousands of lives. But in the aftermath of the incident, Jewell finds himself going from hero to suspect, as the media paints him as the prime terrorist behind the bomb and he scrambles to defend himself from being unjustly vilified. -- Chris Kavan

This film is so frustrating that if not for the brilliant performances of the cast, I wouldn't recommend people spend time watching it. We are indeed living in a brutal world made worse by corrupt and selfish individuals who happened to hold power in justice system and shaping public opinion. Aside from brilliant performances, the nuanced writing made its storytelling so effective. It perfectly portrayed a frustrated man, a typical caring mother, and a random lawyer.

Cautionary biopic about suspicion vs. substance.

No one except for Richard Jewell, his mother, and his lawyer comes out looking good. The FBI, the media, public opinion. Itâs disconcerting but if you have a good lawyer, you may stand a chance.
Paul Walter Hauser is excellent as Richard Jewell, the heroic security guard who only wound up unfairly becoming a suspect at the Atlanta Olympic bombing. His psychological and mental toll from the media circus is riveting stuff. Hauser plays the part as well meaning if overzealous; reportedly Jewellâs real-life demeanor. We cheer at his bravery, cringe at his awkwardness, and root for his exoneration.
Sam Rockwell is very good as his acquaintance that takes up the defense as his lawyer. Itâs too bad about the controversy surrounding Olivia Wildeâs character since sheâs also good in …

No posts have been made on this movie yet. Be the first to start talking about Richard Jewell!