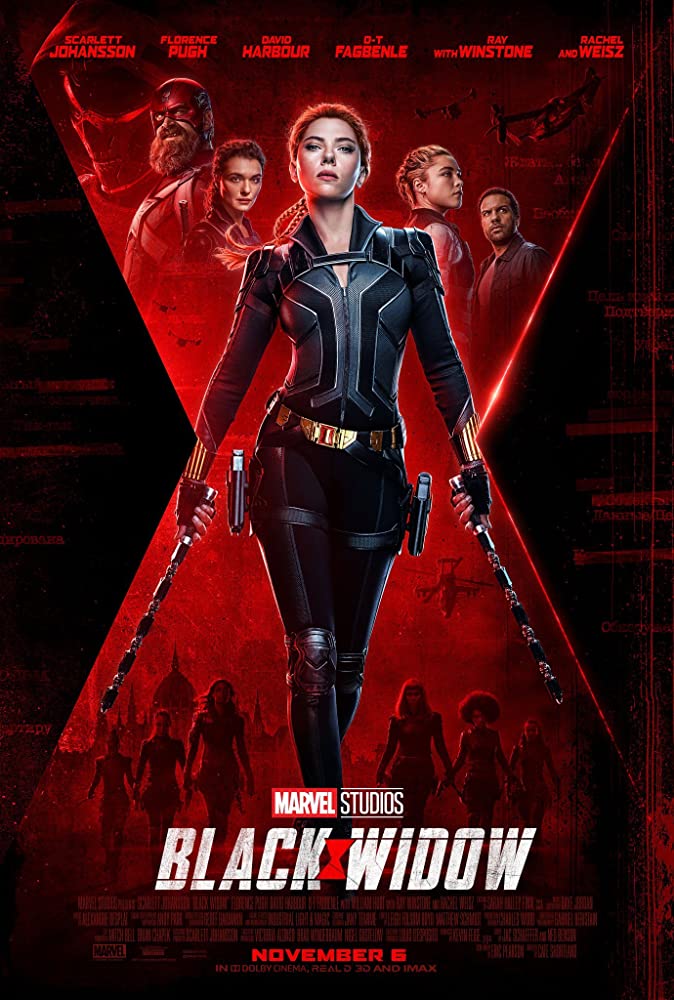 Plot: Set between the events of Civil War and Infinity War, Natasha Romanoff aka Black Widow has a series of her own adventures, including the infamous mission in Budapest with Hawkeye, as well as returning home for some unfinished business. She must confront her past, including the Red Room that trained her, reunite with her family and face a dangerous foe in The Taskmaster - all while being separated from her Avengers peers. -- Chris Kavan

The overdue "Black Widow" movie has to be the least interesting and most unimaginative entry in the Marvel Universe. The action is poorly directed, the writing is lazy, not to mention that it has nothing new to add to a bygone time in the franchise that has so little importance now.

Excellent addition to the MCU. Scarlett Johansson is really given a chance to shine in her final appearance as Black Widow. Her interactions with her ersatz family of former Soviet agents (Weisz, Harbour, and Pugh) allow for some great acting from the cast. The family dynamic between them is really compelling. The action scenes are very good and are reminiscent of the better Jason Bourne movies or even Captain America: Winter Soldier. It's too bad the villains aren't that interesting. Taskmaster has a nicely villainous presence but they're just a henchman for some boring old guy. But everything else is very good though!

So, after a long break of Marvel movies, with 2020 having zero Marvel properties, due to the on-going pandemic. I believe the last time we had no Marvel movies was back in 2009, but without the modern plague. It was a nice break from things and smaller movies got more of the spotlight. But now after things have calmed down a bit, Marvel felt confident to finally release âBlack Widowâ, the long waited solo movie that fans wanted since her first appearance in âIron Man 2â, the fan favorite, Natasha Romanoff. Now we finally got it, and the results are...very uneven.

Before I go any further, I would like to say a massive congratulations to âBlack Widowâ for breaking three âGuinness World Recordsâ:

1.) The first posthumous release for a Marvel character

Black Widow: A Family Affair That Packs a Punch

While Disney+ helped me get through the MCU drought, I admit I was looking forward to seeing another entry on the big screen. As far as I'm concerned, Scarlett Johansson was long overdue for her own film and though this takes place between Civil War and Infinity War - it stands on its own as a testament to both Black Widow and the actress who turned her from eye-candy into a force to be reckoned with.

In terms of tone and action, Black Widow can favorably be compared to Winter Solider. It's story line is pretty dark - and it opens with what seems to be a quintessential family in suburban Ohio circa 1995, but we soon find out the young girls are surrogate siblings only, and likewise their &quot;mother&quot; (Rachel Weisz) and &quot;father&quot; (David Harbour) are similarly plants - …

No posts have been made on this movie yet. Be the first to start talking about Black Widow!