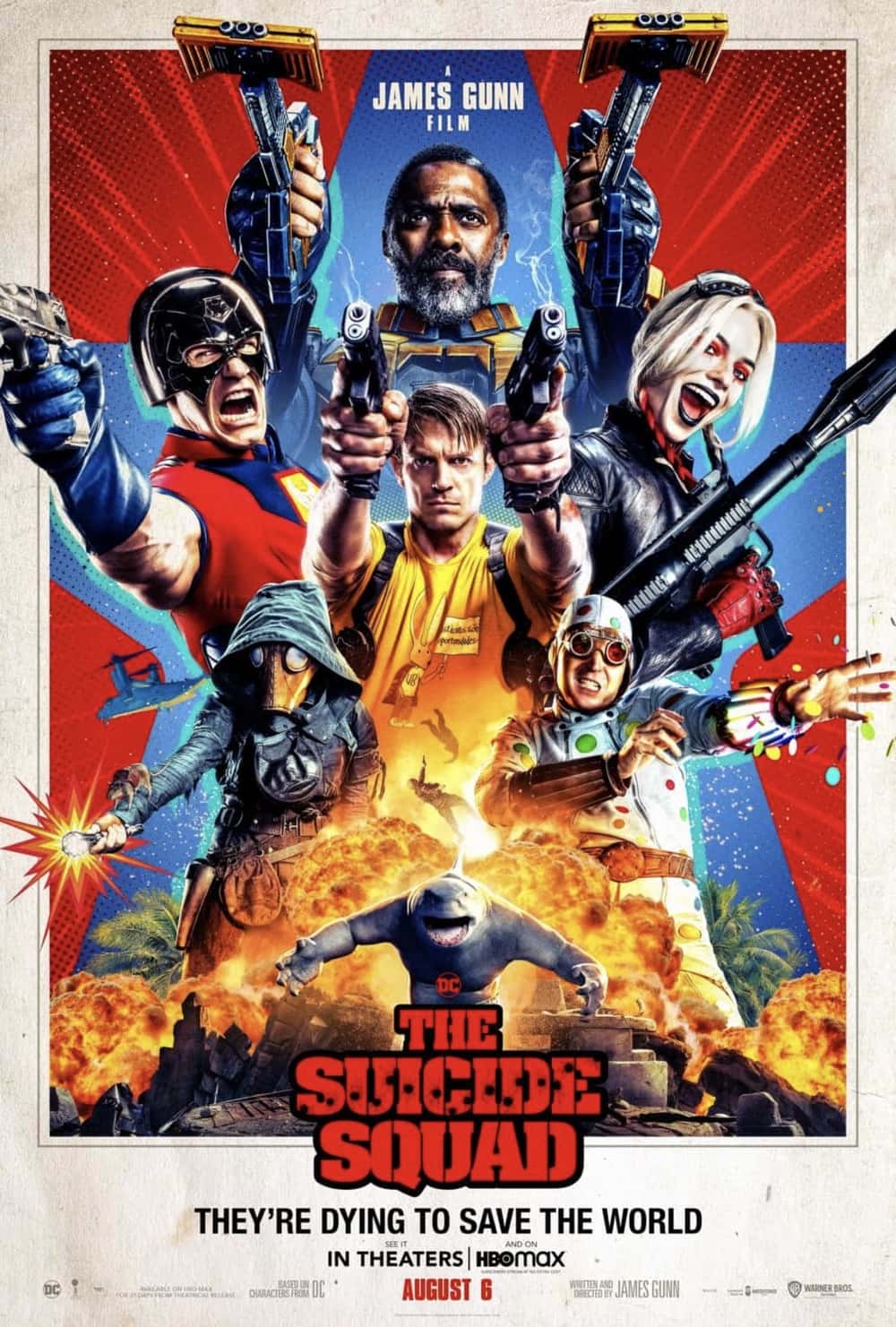 Plot: The gang's back together... and they've added some new friends. Amanda Waller's shady Task Force X takes the baddest of the bad: Harley Quinn, Bloodsport, Peacemaker and a bevy of other VERY bad guys from Belle Reve prison for one reason: to send the cons on the most dangerous and probably death-inducing missions. This time the target is the heavily militarized island of island of Corto Maltese and it means a chance at redemption... if anyone can survive. -- Chris Kavan

If at first you don't succeed, try and try again. Also, hire James Gunn as your writer and director. "The Suicide Squad," a title that insinuates a certain 2016 travesty never existed in the first place, is a rowdy explosion and blood-filled superhero heist complete with the character development, cohesiveness, and joyful action that David Ayer's film sorely lacked.

What a rush this movie was! I don't even hate the first movie. But this was 3x better than the first Suicide Squad. It's a glorioiusly insane and mean-spirited thrill ride. You can see the DNA of older movies like The Dirty Dozen or Where Eagles Dare sewn in with James Gunn's cheerfully deranged sensibilities. The cast is excellent with a lot of standout performances. Margot Robbie, Idris Elba, Viola Davis, and Sylvester Stallone voicing a mutant shark man are perhaps the best. And the creativity with the action scenes are awesome.
What works most about this movie is its fearlessness. It has no qualms about taking chances and playing with expectations. It does not hold back with the R rating and it is gruesome and sadistic with its violence. This is the best DC superhero movie since …

Humor, Heart and a Lot of Blood

It turns out James Gunn is as good as making villains entertaining as he is obscure super heroes (c'mon - you never heard of The Guardians of the Galaxy EITHER before it came out). Even if David Ayer has an alternate (better) version of the original Suicide Squad, I still can't imagine it would be better than Gunn's blood-soaked, snarky yet surprisingly moving new version that is the top movie of the summer by a long shot.

Gunn's Suicide Squad is not quiet a sequel, not quite a reboot but something in between. Characters seem to somewhat acknowledge the events of the original film (Harley Quinn, Boomerang and Rick Flag seem to be good friends) but don't really bring it up in a big way, either. What does return is the cold-as-ice Amanda Waller (Viola Davis) who, once again, is in …

Peacemaker: âUnless what they showing off is dope as fuck.â


James Gunn recently said in an interview that he finds superhero movies âmostly boringâ right now. Anything ranging from safe and boring or technically well-made but disposable, at best. Gunn received at bit of heat from fans for those remarks, but in some sense, heâs not wrong. Because sometimes following the same formula will eventually wear fin and more risk taking needs to happen.

And here we have âThe Suicide Squadâ, the soft reboot to the 2016 film, but this time directed by Gunn himself, where he delivers a highly entertaining movie that is bursting with creativity and ultra-violence. James Gunn once again shakes up the superhero formula with a slick …

I thought the purpose of a remake was to improve upon the original. This movie began okay, but went on to become totally ridiculous. In no way was it better than the first one, and that one wasn't any award winner. I'm mad as (you-know-what) that I wasted both my time and my money on it. DC just does not seem to get it like Marvel does with these types of Movies. Shazam, Birds of Prey-Emancipation of Harley Quinn, and The Justice League, all sucked! It's a crying shame because, as a boy that &hellip;

My video review of &quot;The Suicide Squad&quot; by James Gunn.