Death on the Nile Movie Information 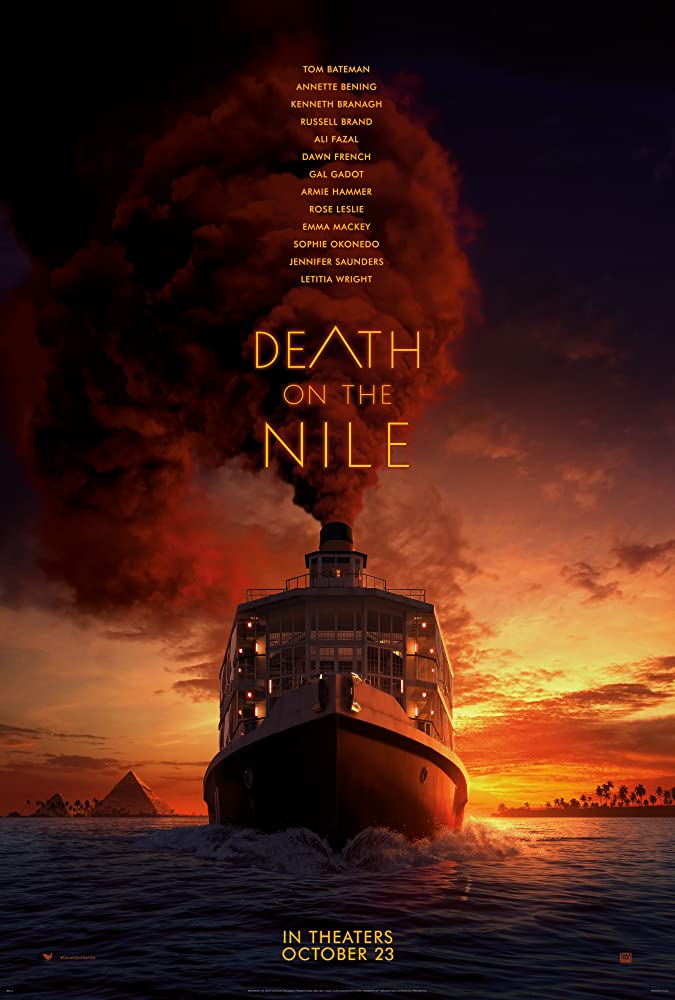 Plot: The world's foremost detective, Hercule Poirot, has decided to take a much-needed vacation to the Nile. But things don't always work out as planned and when a young heiress turns up dead, Poirot much once again put his skills to the test and find the murderer. -- Chris Kavan

A knockout cast can't quite save this somewhat underwhelming sequel that sees Kenneth Branagh once again direct as well as portray the world's foremost detective. Despite trying to twist and turn, I figured out this ruse all too easily but points to killing off who they did. I still would be on board for a third entry but this one was only mildly stimulating.

"A chef and enough champagne......... to FILL THE DENIAL" On a serious note, I liked this a little more than 'Murder on the Orient Express'. There's some good shots in this one. Since this takes place in the river Nile in Egypt, the movie has that bright warm look to it, where everyone's skin looks oily and sweaty. Kenneth Branagh was great in this.

MURDER & BETRAYAL ON THE NILE

As far as Agatha Christie movies go, the new DEATH ON THE NILE is a bit strange but quite entertaining It looks glamorous and stylish even if the wide CGI shots look tacky. And there are a couple edits and scene transitions that feel off. But I was kind of digging it though. That just adds to its campy charm. It deviates from the 1978 movie to its benefit which I thought was a problem with Branagh's earlier 2017 movie.
Kenneth Branagh is very good as Hercule Poirot in this. Newcomer Emma Mackey is the standout in this as the jilted lover turned suspect Jackie. She's sympathetic and spiteful and chews the scenery around her. Some of the cast is also good like Tom Bateman and the now disgraced Armie Hammer. Gal Gadot is a good choice for the alluring yet ill-fated heiress. Letitia …

No posts have been made on this movie yet. Be the first to start talking about Death on the Nile!