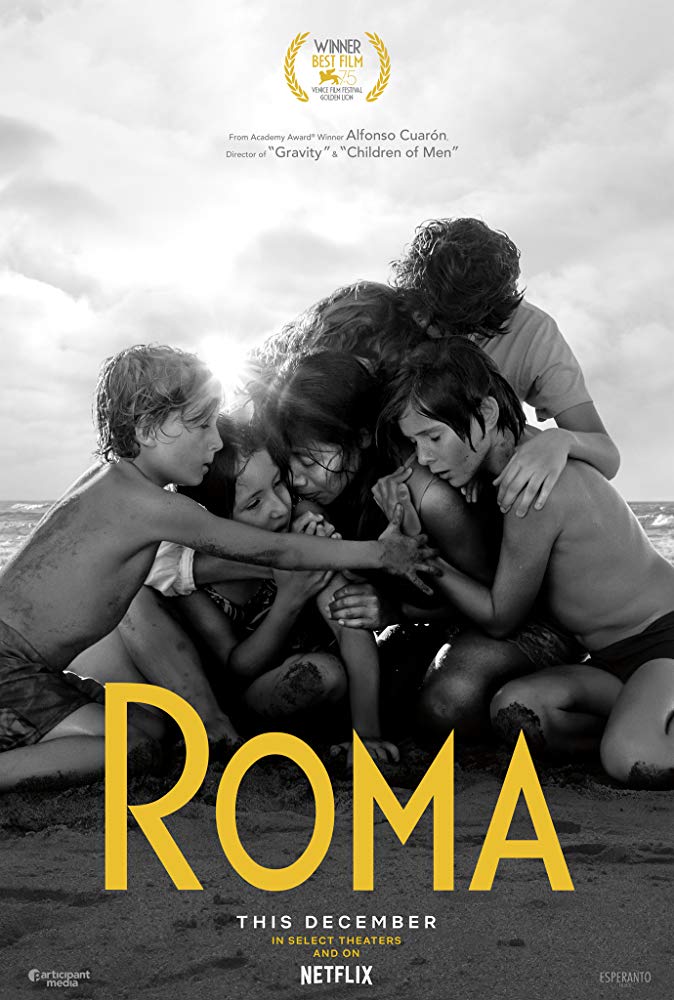 Plot: Follows a year in the life of Cleo, a housekeeper for a middle-class family in Mexico City during a turbulent time. From everyday struggles to more complex drama, life, with all its tribulations is experienced with Cleo and the family she helps. -- Chris Kavan

"Roma" is a celebration of life that features some of the best cinematography of the year.

A deeply personal film from Alfonso CuarÃ³n and a cinematic tour de force. Despite the fact that most of the film covers everyday life, through the lens of CuarÃ³n it feels intimate and moving. The camera, the wide shots, the tracking - it is one of the most beautifully-shot films I can remember. Yalitza Aparicio is perfectly cast as we experience life through her eyes. The pace is slow and deliberate, but still provides plenty of emotional punch. I'm not going to claim it my personal favorite, but from a technical standpoint it is pretty much flawless and for CuarÃ³n, a definite high point in an already-impressive career.

Filmmaking mastery it is

Each frame tells a story. From opening down to the closing sequences, everything is powerful. Even the backgrounds could spark a meaningful discussion. The fact that it is in black and white, it allows the audience to dive into the meaning of every element of this film, free from the distraction of colored films. I knew Alfonso Cuaron as master of camera tracking and uninterrupted shots,who would have thought that simple combination of excellently timed panning, horizontal tracking and exceptional static shots, would actually result to a master piece. Nothing fancy, simply brilliant! A low concept storyline executed well surely made this film really remarkable. Two things I got from Roma: (a) Shit happens. Shit happens to everyone. Shits happens to everyone because of men; and (b) if …

âRomaâ is poetic film making at its finest. One of the beautiful and unique movies of 2018. Such an experience that after it was over, I struggled to utter a word. A masterful portrayal of joy, loss, betrayal, birth and heartbreak.

Iâm honestly flawed by this. I cherish these type of movies.

I love the long tracking shots that lets the audience soak in the environment and scan every corner of the frame. The cinematography is so stunning and evocative, it implanted a image forever stuck in my mindset. Every frame is so carefully precise, I could make a picture frame out of them and hang up on a wall.

None of it felt fake, just real and raw. Same thing with the performances from everyone. Yalitza Aparicio is absolutely fantastic in this movie. …

Roma, Alfonso Cuaron's latest masterpiece, is one of the most beautiful films I have ever seen in my life -- a personal, powerful portrait of a woman named Cleo, a young domestic worker who aids a middle-class family in 1970's Mexico City. It's a story about life -- one woman's life alongside an ordinary family, and the string of difficulties and emotional aching that Cuaron presents around Cleo is absolutely captivating in its realism and raw emotion.

Shot beautifully in stunning black and white, Roma is visually dazzling and often breathtaking, and features what has now become one of my favorite tracking shots of all time. Cuaron manages to pull magnificent and emotional performances out of these mostly unseasoned actors, who embody their characters with empathy and authenticity. …

No posts have been made on this movie yet. Be the first to start talking about Roma!