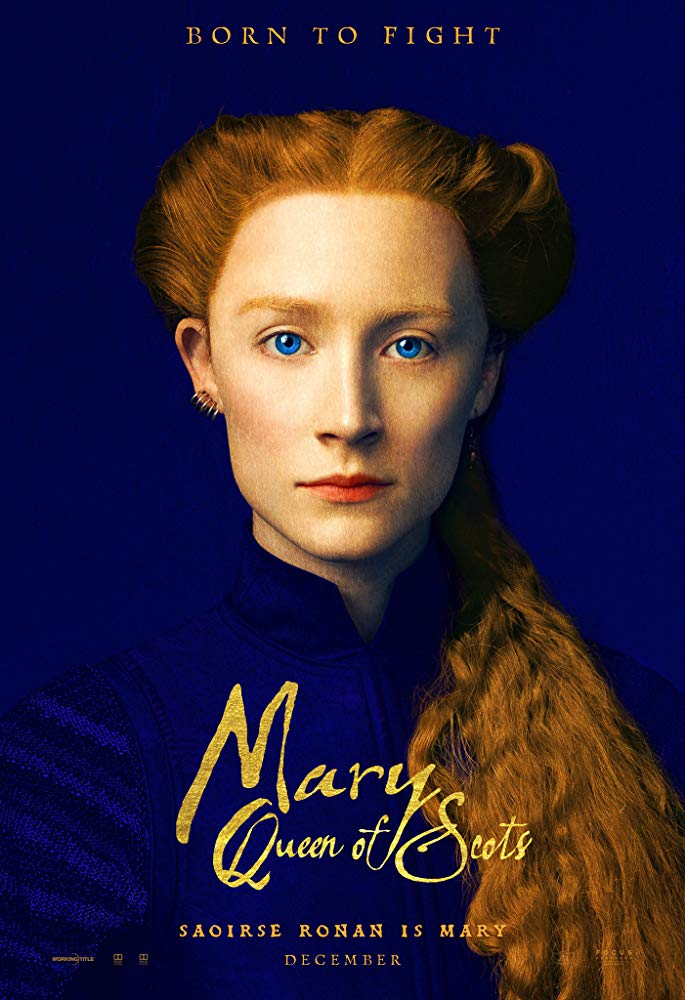 Plot: Mary is queen of France by 16, widowed by 18 and instead of taking the path to remarry, she instead returns to Scotland, intending to take back her rightful throne. But standing in her way is the imposing Queen Elizabeth I - who rules both England and Scotland. Two unrivaled women in a world where men usually rule, as Mary tries to assert her claim to the throne betrayal, rebellion and conspiracies unwind - and will forever alter both lives and kingdoms. -- Chris Kavan

I wasn't quite cunt-struck even with the talent involved. It's too dry for my taste, but not to say there isn't redeemable qualities. The sets, costumes, and performances were all solid, especially with it being a period piece drama. And an entertaining performance from David Tennant, in spite of the slim screen time. However, the sluggish pace ruins any investment I could have with the story and the movie unfortunately follows the period piece drama formula. But seriously, releasing this movie at the same time as 'The Favourite' aka Walk Hard of period dramas, didn't really help. I think being broke is better than being ''woke''.

This latest dramatization of the historical rivalry is beautifully filmed and well acted. Can't say it's anywhere near as entertaining as it should be. THe cast try to liven up the stiff dialogue but only historical fiction purists may find true enjoyment out of this. Nowhere close to being the boring slog as FIRST MAN was but it's getting close.

No posts have been made on this movie yet. Be the first to start talking about Mary Queen of Scots!