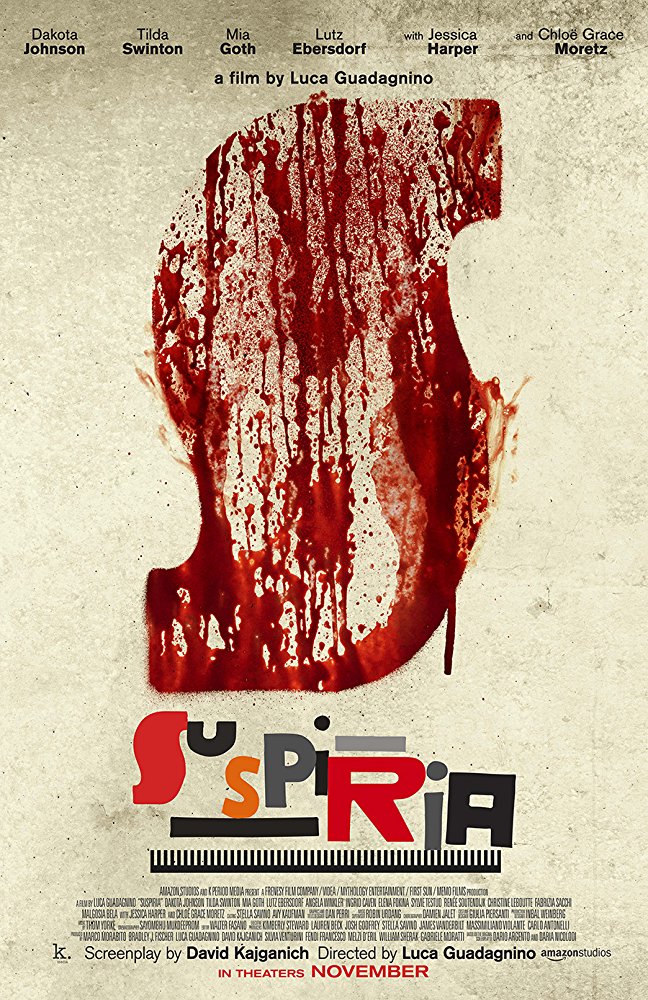 Plot: At a world-renowned dance academy, an ambitious, young dancer discovers a dark, nightmarish secret, one that will draw in many around her, not all who will escape. -- Chris Kavan

While I more prefer Dario Argento's visually stunning and mysterious original, Luca Guadagnino takes the 1977 cult favorite and adds time period background and extensive character development for a more layered product. Disturbing, bold, and quite different from the film its inspired by, this is how to do a remake.

Just as boring as the original film.

Arthouse Horror That Is a Dark, Decadent Treat

Remakes are tricky and director Luca Guadagnino took on a daunting task of adapting was is arguably the best film from Italian giallo and horror icon Dario Argento. But rather than trying to compete with Argento's vision, Guadagnino made it his own. The film keeps the same setting, but shifts the timeline and has a style all its own.

The plot follows a similar patter as the original, Ohio native Susie Bannion (Dakota Johnson) arrives at the prestigious Markos Tanz Company, run by the brilliant Madame Blanc (Tilda Swinton) and quickly proves she has a raw, natural talent for the school's interpretive ballet style. But as we learn in the film's opening where a clearly unhinged young woman, Patricia (ChloÃ« Grace Moretz) is meeting with a Dr. Josef Klemperer (billed as one Lutz …

âThis isn't vanity! This is art!â

âSuspiria (2018)â is one of those movies that you initially thought were âokayâ, but hits you so damn hard when reflecting. I wouldnât even consider it a remake, because in terms of style and execution thereâs a massive difference. After eavesdropping to a mix audience, which itself speaks volumes for what type of movie this is. I was slightly underwhelmed at first, if I have to be honest. I really didnât know what to think and if I enjoyed it or not. After letting the madness settle in, itâs growing on me.

The filmography of Luca Guadagnino is interesting to say the least. How do you go from a gay indie flick about a teenager exploring his sexuality in âCall Me By Your Nameâ, to âTHISâ. Still, Luca …

No posts have been made on this movie yet. Be the first to start talking about Suspiria!