On the Basis of Sex Movie Information 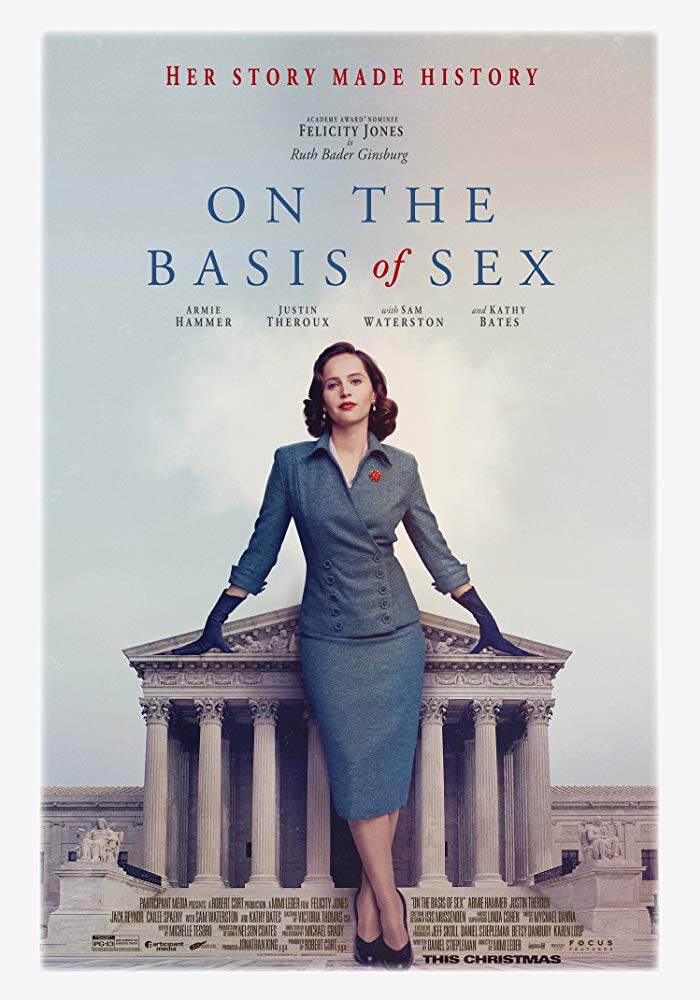 Plot: Biopic on the life of Ruth Bader Ginsburg, from a young lawyer winning cases that will have lasting effects on equal rights for women, to her appointment as just the second female Supreme Court Justice. -- Chris Kavan

The material is successful in itself. It is impossible for a biopic on the life of Ruth Bader Ginsburg will fail to move the audience. I believe that the writing works in different levels and dimensions. The representation of women (and men) went beyond representing Ruth Bader Ginsburg, I love how all the characters, supporting or mere plot devices, spoke of the gender issues in that generation. Plus, great portrayal by the cast. My appreaciation of Felicity Jones increased exponentially. I felt that Armie Hammer was perfectly casted for the role of Mr. Ginsburg.

Felicity Jones plays Ruth Ginsberg during a time when she was tackling a landmark civil rights case in front of the Supreme Court. Jones and Armie Hammer are good as this devoted married couple. The plot is very predictable and the message is often hit over the head tremendously. I have a feeling they wanted this to be another hit like HIDDEN FIGURES. It's nowhere close that good but it's alright.

No posts have been made on this movie yet. Be the first to start talking about On the Basis of Sex!