The Death of Stalin Movie Information 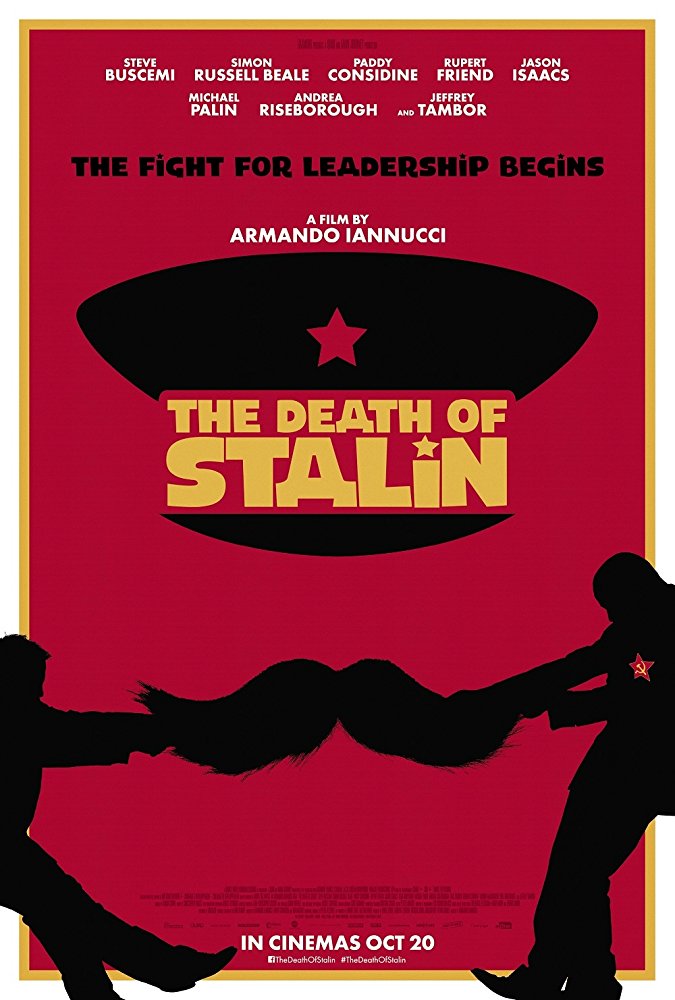 "The Death of Stalin" turns a historical power struggle into a vulgar and acidic farce that's very funny and proves rather satisfying in this time where so many unsavory political leaders cling to power.

A bitter and frighteningly funny political satire about Soviet politics and backstabbing in the aftermath of Stalin's death. The ensemble cast all do a fine fine. The deliberate lack of Russian accents may seem strange at first but it works to give everyone a more identifiable personality.

"The Death Of Stalin"

Upon the death of Josef Stalin in 1953, his fellow party members jostle for position in an attempt to wrest power for themselves.

The Death Of Stalin has invited comparison with Dr. Strangelove because of its depiction of serious geopolitical events as farce, but Armando Iannucci's film has rather more in common with his previous foray into political satire In The Loop. Like that film, the characters are portrayed not as political colossi but as a fallible, corrupt and self-serving bunch all climbing over each other to find advantage. Stalin himself is portrayed as a kind of East End gangster who matter of factly uses murder for convenience and his lackeys as weak-willed sycophants who cannot wait to climb out from under his shadow; in fact much of the farcical black comedy comes from …

No posts have been made on this movie yet. Be the first to start talking about The Death of Stalin!