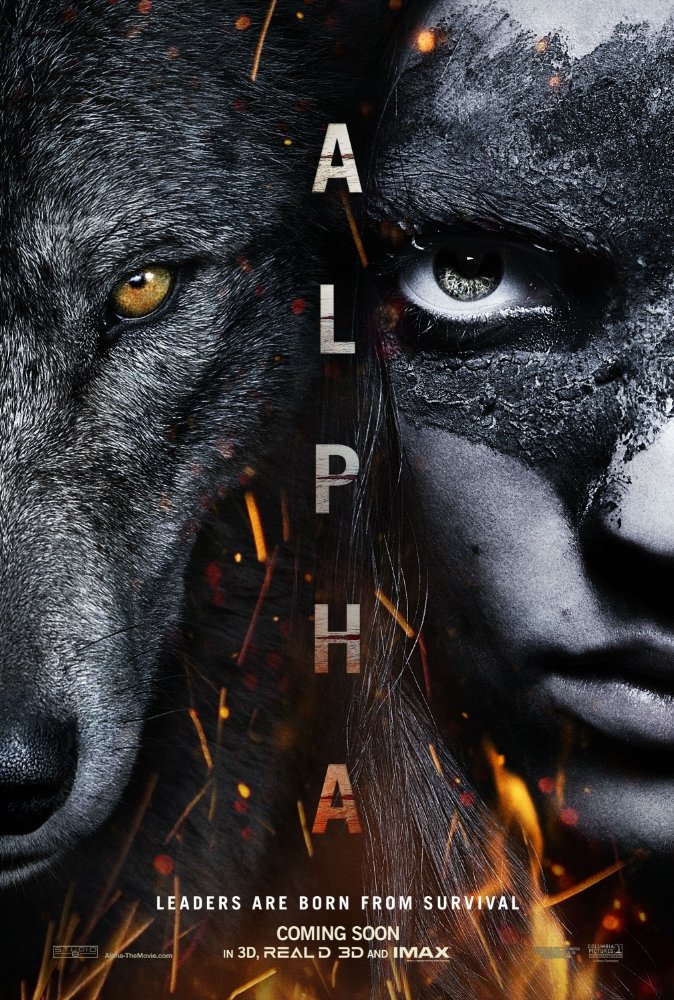 Plot: Taking place 20,000 years in the past, during the last Ice Age, a hunter becomes separated from his clan following a disastrous hunt. Alone in an unforgiving environment and surrounded by predators, he finds himself befriending a wolf, which could be a means to survive or lead to a quick death. -- Chris Kavan

First of all, "Alpha" is a picture of a kind heart and not a documentary about the progenitors or transmission about survival from Discovery. It is a fairy tale for children and for those who have lost faith in themselves and their strength. There is a story about friendship, love, and compassion between man and wolf. I was pleased that in addition to the taming of wolves by man, there were other storylines in the film: for example, family, upbringing, and home. Recommend to watch, enjoy the mesmerizing beauty of nature.

A truly amazing film. Any film that can run for 2 hours and have little or no script (other than caveman language) and hold one's attention is a tremendous achievement. The interaction between the boy and the wolf was heart wrenching. Alpha is a film that all pet lovers should see. A wonderful theory on the development of the family pet.

"Alpha" is a pet-lover movie for those who want their boy and his dog stories to be more like "The Revenant."

Alpha: A Boy and his Wolf

A boy and his dog movie.... EXCEPT this time, they both survive.
Leda is the chiefâs son. He passes his first test to become a member of the tribe by successfully creating a proper spearhead. His father is proud of him and takes him on his first hunt.
Along the way, Keda is tested by the others in the hunting party and fails miserably. He gives up trying to make a fire because he lacks patience and cannot finish off a boar.
At the climax of the hunt, the animal they are hunting runs him off a cliff.
Left for dead by the hunting party, Keda manages to survive long enough to climb a tree. Later he is attacked by wolves and wounds on in the process. His kind heart forces him to drag the wounded animal to a nearby cave where both recover from their wounds.
Slowly, Keda gains the …

Alpha is considered to me as the perfect human-animal connection film. From beginning to end, Alpha does not disappoint and portrays the relationship of the human and dog perfectly.

This film represents the beginning of the dog-human partnership that we currently know today with our pets. Alpha is the wolf that Keda runs into on his journey back to his tribe since his tribe believed he was dead. After not getting along for a while, Keda and Alpha begin to realize they need each other in order to survive. Near the end, Alpha and Keda make it back to Keda's tribe where the villagers tend to Alpha and Keda. All of a sudden, Alpha gives birth to a litter of wolf puppies. This moment captures the relationship of the human-dog partnership in the best way.

Even though the film is in …

No posts have been made on this movie yet. Be the first to start talking about Alpha!