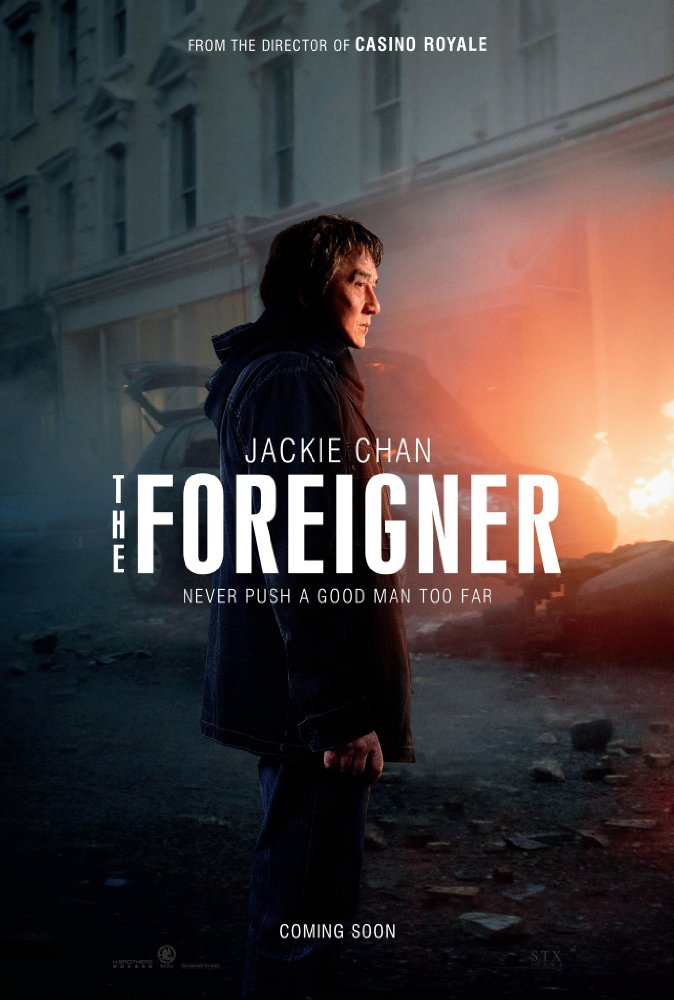 Plot: When his daughter is killed in a terrorist bombing, a businessman seeks answers to who is behind it. When he is stonewalled at every turn, he returns to a life long buried - and starts to play a cat-and-mouse game with a government official whose own dark past may hold the key to finding terrorists responsible. -- Chris Kavan

More of a Pierce Brosnan film than a Jackie Chan film, which is confusing because it's entitled "The Foreigner" and based from the novel entitled "Chinaman". That's forgivable but I don't think Brosnan's character is even likable to be the center of the film. Anyway, Chan delivered good actions (as usual) and Brosnan was successful on this stint.

While the IRA angle seems like a strange choice to take for an action film (a political thriller more like?), it does lend it a decidedly different tone than most action films. Jackie Chan still shows he isn't shy about pulling off some moves and Pierce Brosnan is likewise good as a man caught between his past and face he presents in the presence. Good supporting cast all around and a story with a few twists - all in all, a worthy action film.

Hard edged revenge thriller aided by the surprisingly effective casting of Pierce Brosnan and Jackie Chan as enemies. Chan plays a grieving father and former soldier who lost his daughter in a bombing by unknown perpetrators. Thus he goes on a deadly mission to seek vengeance. Brosnan is the Irish politician and former IRA member who has to deal with Chan menacing him for new leads while also trying to determine whoâs responsible as well.
Both actors are very good playing against type. Chan doesnât speak much but he emotes so vividly we know what heâs feeling. Brosnan is playing the opposite of his James Bond years, a frequently flustered and angry politician.
The action scenes are brief but tense and nail biting. For those wanting a more serious revenge movie, this is pretty …

No posts have been made on this movie yet. Be the first to start talking about The Foreigner!