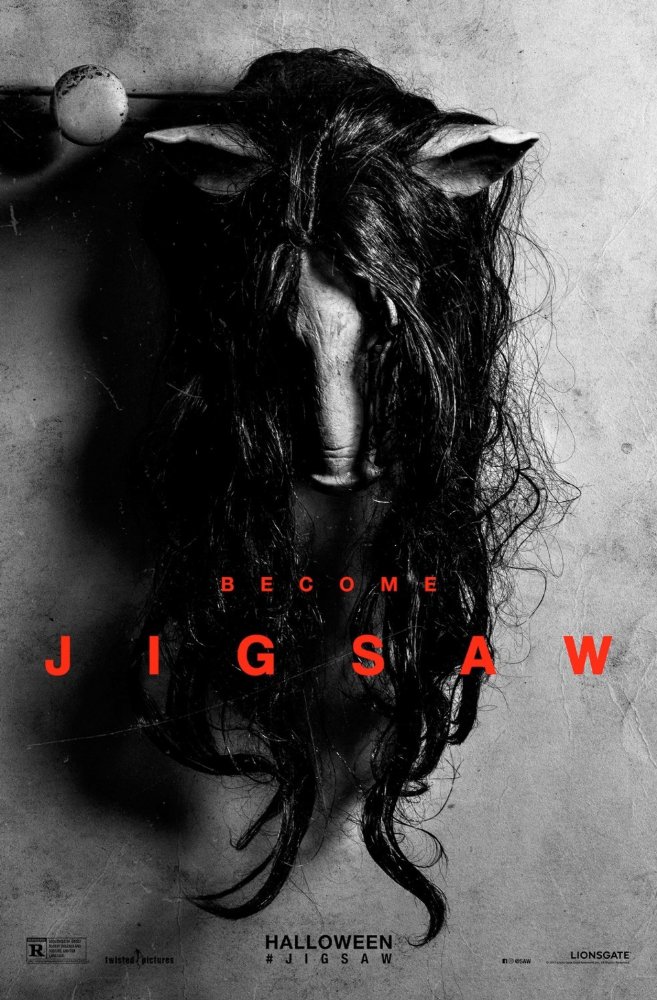 Plot: A new set of bodies are being discovered, each with a signature gruesome demise. Everything seems to point to John Kramer, the man once known as Jigsaw, despite the fact he died over a decade ago. His legacy, however, remains - and Jigsaw is born again. -- Chris Kavan

Completely without a single drop of fresh blood, "Jigsaw" is more bore than gore.

Holy shit they actually did it. Reaching a new low of ridiculous. This series doesn't get worst, just more stupid and laughable.

Was this an attempt to revive the Saw-franchise ?

âSalvation can be yours, if you cleanse yourselves of the habitual lies which have brought you here.
Lies that you have told yourselves, lies that have brutalized others.
Confess.
The truth will set you free.â

When watching a YouTube video where a baseball hits someone with a dizzying speed right in the spot thatâs used to take care of having an offspring, I sometimes unwittingly make an ouch-sound and wince. Thatâs what I had when watching the first âSawâ films. Not with this new episode from the âSawâ saga. The original film is phenomenal and without a doubt the best thing to see in the field of torture films. Both physically and psychologically. Perhaps the fact that this pioneering horror was directed by star director James Wan helped a bit. A nervous and …

Back in 2004 a director by the name of James Wan presented an interesting new horror film called Saw. A film that essentially took place in a single room, between two men, who found themselves at the mercy of a man doling out his own twisted form of justice. Wan, of course, has gone on to become a true horror auteur, along with making his mark on the Fast and Furious franchise. Saw, of course, went on to become a horror Juggernaut - ramping up the twisted deaths and expanding on the cast, but, like all good things, the series started to sputter and, much like Paranormal Activity, squandered its potential away.

But Saw isn't dead yet. Jigsaw revives the madness after a seven year hiatus. While Jigsaw doesn't necessarily fix all the mistakes, it's at least a set above many of the later …

No posts have been made on this movie yet. Be the first to start talking about Jigsaw!