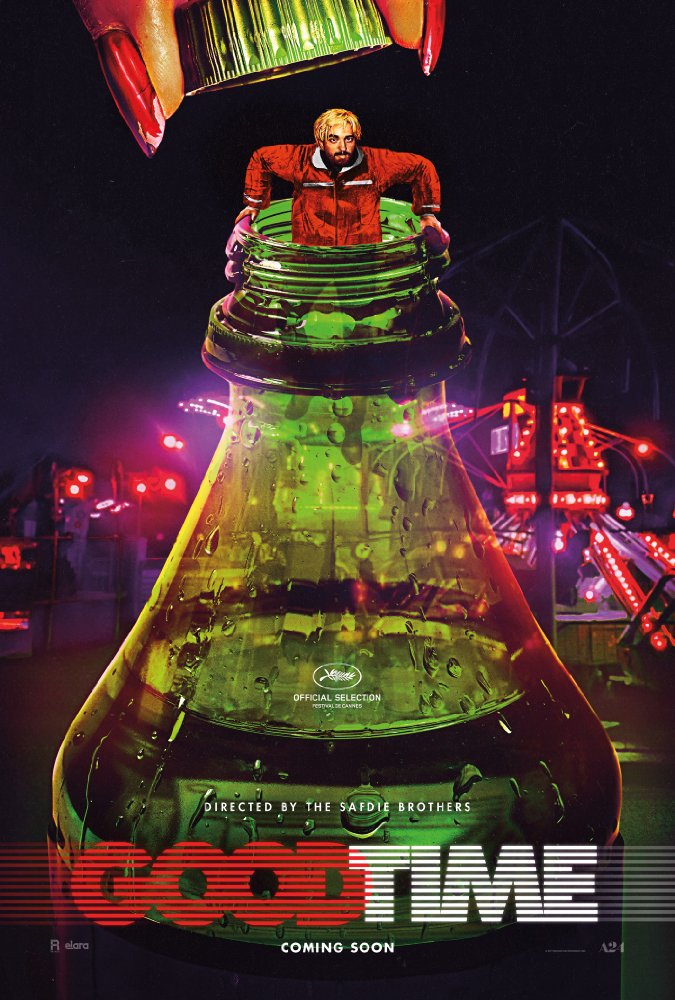 Plot: Over one neon-drenched night in New York City, Connie Nikas finds himself turning to increasingly desperate efforts in order to save his younger brother from a stint on Riker's Island following a botched bank robbery. -- Chris Kavan

"Good Time" brings to mind the grit and grim of 70s Scorsese films, while Robert Pattinson once again proves himself too talented an actor for all those stupid vampire flicks.

An extremely offbeat crime drama about a bank robber (Pattinson) trying to gather enough money to get his mentally challenged brother (Safdie) out of jail. His odyssey takes him across the dark alleys and seedy underside of New York, meeting all sorts of shady and strange characters. Robert Pattinson is very very good in the lead as Connie Nikas, a not very moral person that is nevertheless aiming to win his brother's freedom. Jennifer Jason Leigh appears in a random cameo as his girlfriend.

"I think something very important is happening and it's deeply connected to my purpose".

This was more than a good time. The hype with these character for causing crime made for one intense movie experiences. This is a ticking time bomb of a film.

Robert Pattinson is fucking fantastic in this. Sorry for the language, but it needed to be said. A fully realized performance that will be talked about for years to come. Few films can make you feel on edge like Pattinson. The Twilight days are past him now and it's time to move on.

Another performance that shouldn't be overlooked is Benny Safdie, who plays Pattinson mentally challenged brother. Safdie is also the director of the film. Directing and acting wise was all stellar.

It's unpredictable in different ways. You never fully …

No posts have been made on this movie yet. Be the first to start talking about Good Time!