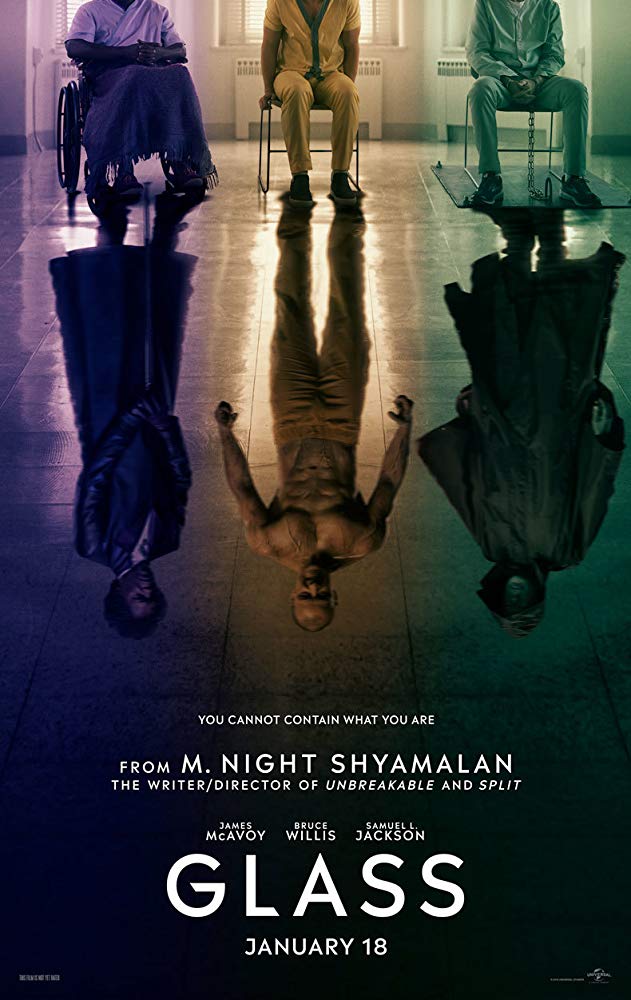 Plot: Following the events of Split, real-life superhero David Dunn finds himself facing another adversary, in the form of Kevin Wendell Crumb aka The Horde, In a series of escalating conflicts, the two men find themselves pitted head-to-head, with the shadow of Elijah Price, also known as Mr. Glass, manipulating both men and holding the key secrets critical to both men. -- Chris Kavan

I know after Unbreakable and Split, Glass is a bit of a letdown - but this is a film that never should have been made in the first place, seeing as multiple studios were involved. Yet, based on the sheer determination of director M. Night Shyamalan, here we are, heroes and villains, more twists and machinations and plenty of connections. It can be a bit of a jumbled mess, but I'm still happy how things worked out.

A psychological analysis of the hero/villain relationship, "Glass" is not as developed or smart as it thinks it is and falls short of a bar that was never that high to begin with.

ShyStylish and ambitious but w/o a payoff.

M. Night Shyamalan completes his trilogy of cult superhero-thrillers with the unsatisfying but undeniably unconventional final installment GLASS.
Named after Samuel L. Jackson's returning villain Elijah Price, the film follows his reunion with the invulnerable David Dunn (Willis) and the monstrous Kevin Wendell Crumb (McAvoy) in a mental asylum. Their shared predicament becomes evident that the staff (led by a stoic Sarah Paulson) have an ulterior agenda so they resolve to escape.
Shyamalan does a good job crafting a suspenseful story on a limited budget. The claustrophobic atmosphere only heightens the scene chewing by Jackson and McAvoy. Bruce Willis remains a solid screen presence and doesn't phone it in for once. It's too bad that he has limited screen time.
The film has a …

âThis was an origin story the whole timeâ.

Eastrail 177 trilogy, a franchise we didnât expect to exist or needed, but M. Night Shyamalan surprise us once again with his twist and turns.

After the unexpected hit of âSplitâ, people were warming up for Shyamalanâs follow up âGlassâ, and the return of familiar faces like David Dunn, Kevin and Mr. Glass himself. By continuing with the grounded approach towards superheroes while making the fantasy aspects implanted into reality. And of course the unnatural dialogue, a usual trademark for Shyamalan. While I donât think âGlassâ is as bad as people made it out to be, but not to say itâs perfect or great, just plenty of missed opportunities in an already solid conclusion.

No posts have been made on this movie yet. Be the first to start talking about Glass!