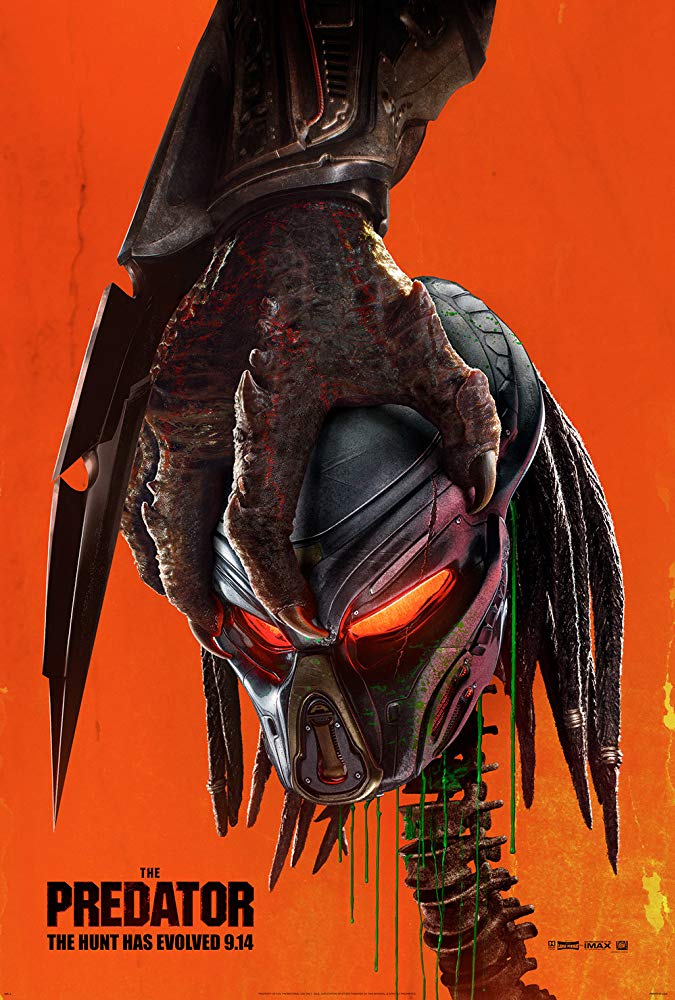 Plot: A young boy inadvertently calls the universe's most deadly hunters back to Earth. The Predator's are now upgraded, having harvested more DNA from the species they have conquered. Mankind has eluded them, but they are stronger, faster and deadlier than ever and only a ragtag group of ex-soldiers and a disgruntled science teacher can prevent destruction. -- Chris Kavan

When "The Predator" puts its titular antagonist on screen it's pretty decent. Unfortunately, it doesn't do that often enough.

Wastes its cast and potential for over-the-top violence and swearing. Not to say there isn't some good to be found here - it just gets buried under the terrible story and throwaway gags that pepper this ill-fated Predator entry. If they try this again - perhaps they should remember what made the original stand out rather then trying to appeal to the lowest common denominator.

Time to put this franchise out of its misery.

An extraordinary misstep by director Shane Black, this latest addition to the Predator franchise commits to the R rating with gore and f-bombs aplenty. But it suffers tremendously from obvious studio interference and a watered down sense of machismo that prior filmmakers like John McTiernan and Stephen Hopkins could do in their sleep. Instead of ginormous burly men as the heroes that are forced to rely on wits not brawn, we get scrawny average joe schmoes who somehow can hold their own in a fight with an eleven foot tall super predator. The cast might be game for the jokey ott tone but it is out of place with the gruesome kills and exploitative violence. Shane Black normally balances such disparate elements far better than this. The budget and money thrown in might be on full display but …

"You are one beautiful motherfucker".

Wow, this was embarrassing to watch.

âThe Predatorâ is a mishmash of tones with a potty mouth. Really abusing that âRâ rating with every chance they get. You know itâs a bad sign when Arnold Schwarzenegger himself turned down the role to star in this movie. I mean, Arnold does not make the boldest choices, but he made the right decision with this one.

Not to say it doesn't have any entertaining moments and colorful characters, who are cartoonish enough to be enjoyable. On a film making side however, it fails to be a movie. The story, editing, and writing is atrocious - Especially the ridiculous story line surrounding the autistic kid and the Predator. Also, the portrayal of disability here is really inaccurate and comes across …

No posts have been made on this movie yet. Be the first to start talking about The Predator!